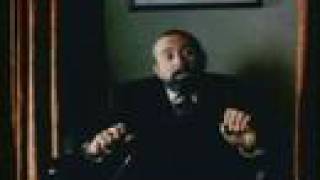 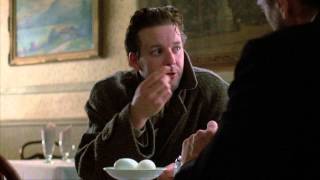 In Alan Parker's ANGEL HEART, based on the novel FALLING ANGEL by William Hjortsberg, a New York City gumshoe is hired to find an aging blues singer. Harry Angel (Mickey Rourke) follows clues from the ominous ghettos of Harlem to the witchy backwoods of Louisiana, where he takes up with Epiphany Proudfoot (Lisa Bonet), the beautiful young daughter of a voodoo priestess, whom he believes will be able to shed light on the growing mystery surrounding the missing musician. As Angel closes in on the truth of the case, his contacts start turning up dead. He begins to suspect he might be next.

Harry Angel is a 1950s gumshoe hired by a dark stranger to search for the perpetrator of a string of grisly murders leading from New York to the voodoo cults of backwoods New Orleans. Each step Angel takes in this film noir nightmare brings him nearer to the heat of hell.