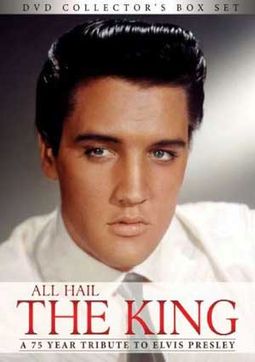 Get email alerts for Elvis Presley
Currently Out of Stock: We'll get more as soon as possible
Notify Me When Available
Add to Wishlist
Format:  DVD  (2 Discs)
item number:  CVCR
91% recommend us!

This box set features two films which look at, document and detail each end of Elvis's career. 'The Memphis Flash' is a study of his early career in the 1950s and tells the story of how Elvis came to be the performer and artist he was. 'The Last Stop Hotel' looks at his final years and most notably his last few weeks. Both films feature exclusive interviews with Elvis' closest colleagues and industry insiders, rare footage, seldom seen photos, location shoots, news reports and numerous other features. Includes the previously available "The Memphis Flash" and the new film "The Last Stop Hotel."