The Church Under the Milky Way: The Best of the Church 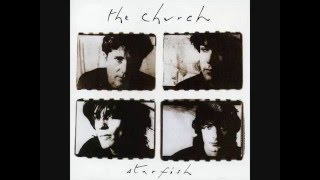 The Church - Under The Milky Way (Audio only) (Music Video) 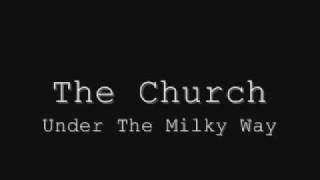 The Church - Under The Milky Way (Acoustic Version) (Music Video)

Alternative Press - 1/00, p.94
"...well-crafted psychedelia has tickled the alt.rock underbelly for almost 2 decades....15 examples of the group's knack for grandiose yet understated pop that will not insult your intelligence or aggrivate your parents."

The Church: Steve Kilbey (vocals, bass); Marty Wilson-Piper (guitar, background vocals); Peter Koppes (guitar, background vocals).
Additional personnel: Nick Ward, Richard Ploog, Jay Dee Daughterty, Tim Powell (drums).
Producers include: Chris Gilbey, Bob Clearmountain, The Church, John Bee, Waddy Wachtel.
Compilation producer: Mike Ragogna.
Includes liner notes by Jeremy Holiday.
Digitally remastered by Elliot Federman (SAJE Sound, New York, New York).
As with any "best of" collection, UNDER THE MILKY WAY is liable to spark debate among fans as to why their favorite track wasn't included (where IS "Texas Moon," by the way?); but since most of the time these kinds of collections are really looking to score some new fans, the real question should be: Is everything here up to snuff? In this case, the answer is a resounding "yes."
Arranged chronologically, UNDER THE MILKY WAY contains one truly great Church track after another. Starting with its first single "The Unguarded Moment," a gorgeous pop masterpiece from 1981, and ending with the lush "Two Places at Once" from 1994's SOMETIME ANYWHERE, this collection is the ideal introduction to the Church. In between the above-mentioned tracks, you get "Almost With You," a fabulously baroque work of pop genius, "Tantalized," which highlights the amazing guitar interplay between Marty Willson-Piper and Peter Koppes, and the glittering "Under the Milky Way," featuring a spectacular instrumental break incorporating bagpipes. Elsewhere, "Reptile" includes some stunning reverb-drenching guitar work, and "Metropolis," a smooth pop confection, is shot through with just the right amount of psychedelia.

A Flock of Seagulls
Best of: FLOCK OF SEAGULLS
$11.20 Super Savings
Add to Cart

23%off
Rage Against the Machine
Renegades (CD)
$5.40 Super Savings
Add to Cart

The Church
Further/Deeper
$14.50
Add to Cart