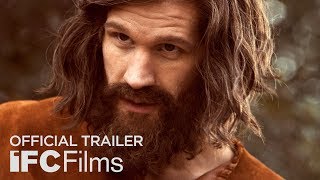 Hollywood Reporter - 09/02/2018
"As a reflection on a national trauma, CHARLIE SAYS is absorbing..."
Variety - 09/02/2018
"Harron’s film sets out to grapple with an age-old question in the context of a series of grisly crimes that continue to disturb five decades later: Why do ordinary people do extraordinarily evil things'"
A.V. Club - 05/08/2019
"Harron does a good job of conveying both the late-’60s period and the surreal surroundings of the Spahn Ranch where Manson and his followers made their home."
Rolling Stone - 05/10/2019
3 stars out of 5 -- "[Murray] gives you a ringside seat to Van Houten’s evolution from platitude-spouting zombie to someone coming to terms with what she did."
New York Times - 05/09/2019
"[P]owerful and deeply affecting....It’s a tough, difficult story that, anchored by Guinevere Turner’s script, Harron recounts with lucid calm, compassion and intelligent interpretive license."

The Haunting of Sharon Tate
$17.50 Super Savings
Add to Cart