155K ratings
Currently Out of Stock: We'll get more as soon as possible
Notify Me When Available
Add to Wishlist
Format:  DVD
sku:  XD 29118D
Also released as:
Saved! for $17.20
Our customers love us! 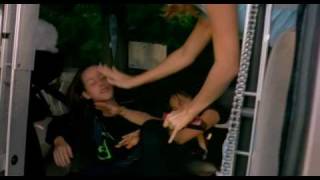 Brian Dannelly's debut feature SAVED! deftly blends indie-film edginess with a mainstream allure. Set in a Christian high school, the teen comedy follows a group of students who are all at different places in their lives. When Mary (Jena Malone) sacrifices her virginity in an attempt to heterosexualize her gay boyfriend, she is stunned to discover that she's become pregnant. With the help of wheelchair-bound Roland (Macaulay Culkin) and the school's only Jewish student, Cassandra (Eva Amurri), Mary must try to hide her pregnancy. But when her rival, the ultra-uptight Hilary Faye (Mandy Moore), finds out, all hell breaks loose. The film culminates on prom night, when a series of revelations put things in their proper perspective.

Dannelly and co-writer Michael Urban have produced a script that is a breezy, hilarious ride through the tricky waters of adolescence, and their all-star cast jumps into their roles with glee (most notably Moore and the scene-stealing Amurri). Rather than merely making jabs at the Christian right movement, however, the film preaches a universal message of tolerance and acceptance, giving audiences something deeper to chew on. The result is a surprisingly poignant film that positions Dannelly as a director to watch in the years to come.

George of the Jungle (DVD)
$6.50 Super Savings
Add to Cart

60%off
Confessions of An American Girl (DVD)
$3.98 Winter Sale
Add to Cart