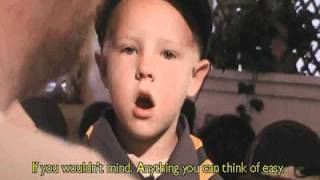 A dry satire in the vein of NAPOLEON DYNAMITE, NEVER BEEN THAWED is an irreverent view of subcultures of every ilk, including one that doesn't exist. Shawn (Sean Anders) is a frozen-entree collector and the leader of a punk-rock band, which has recently turned to Christian rock as a route to the big time. Shelley (Shelly Toue), a proud abstinence advocate, joined Shawn's frozen-entree collectors' club because she hopelessly loves him from afar. Meanwhile, Shawn's bass player, Al, loves Shelley, and the whole group meets in Christian rock promoter Milo's (John Angelo) No Choice Cafe, to plan for the first national convention of frozen-entree collectors. Sound wacky' It only gets weirder.