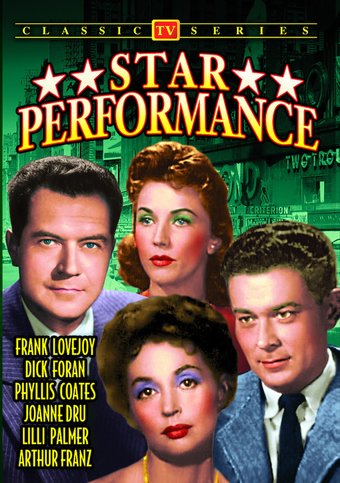 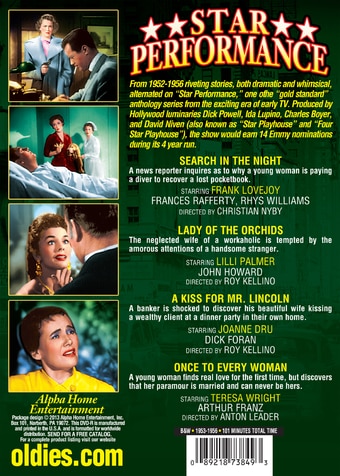 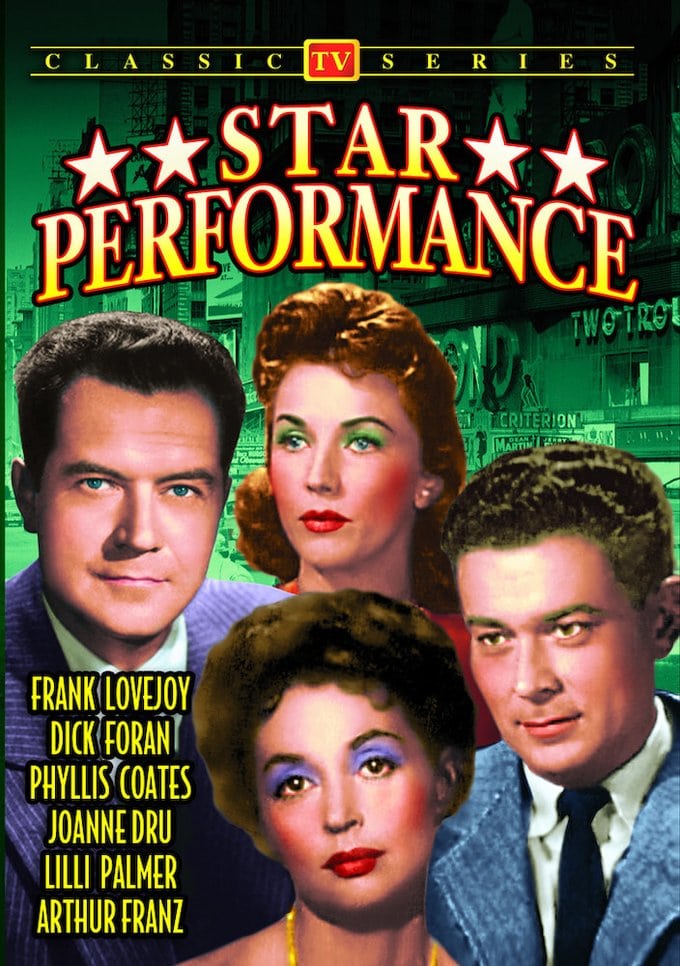 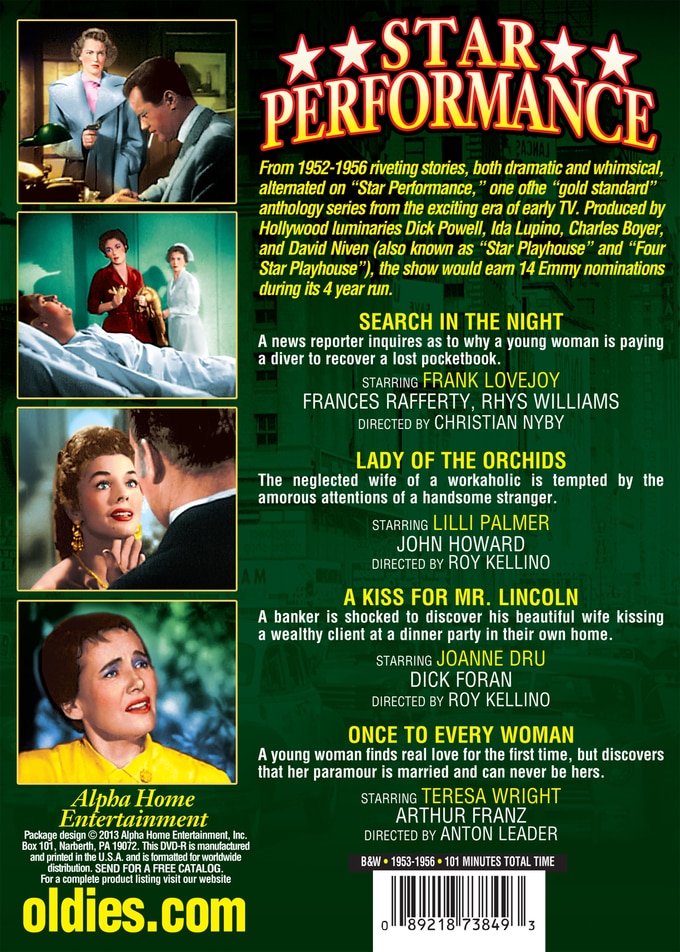 From 1952-1956 riveting stories, both dramatic and whimsical, alternated on "Star Performance," one of the "gold standard" anthology series from the exciting era of early TV. Produced by Hollywood luminaries Dick Powell, Ida Lupino, Charles Boyer, and David Niven (also known as "Star Playhouse" and "Four Star Playhouse"), the show would earn 14 Emmy nominations during its 4 year run.

Search In The Night: A news reporter inquires as to why a young woman is paying a diver to recover a lost pocketbook. Starring Frank Lovejoy, Frances Rafferty and Rhys Williams. Directed by Christian Nyby.

Lady Of The Orchids: The neglected wife of a workaholic is tempted by the amorous attentions of a handsome stranger. Starring Lilli Palmer and John Howard. Directed by Roy Kellino.

A Kiss For Mr. Lincoln: A banker is shocked to discover his beautiful wife kissing a wealthy client at a dinner party in their own home. Starring Joanne Dru and Dick Foran. Directed by Roy Kellino.

Once To Every Woman: A young woman finds real love for the first time, but discovers that her paramour is married and can never be hers. Starring Teresa Wright and Arthur Franz. Directed by Anton Leader.