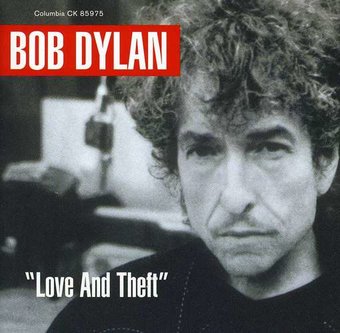 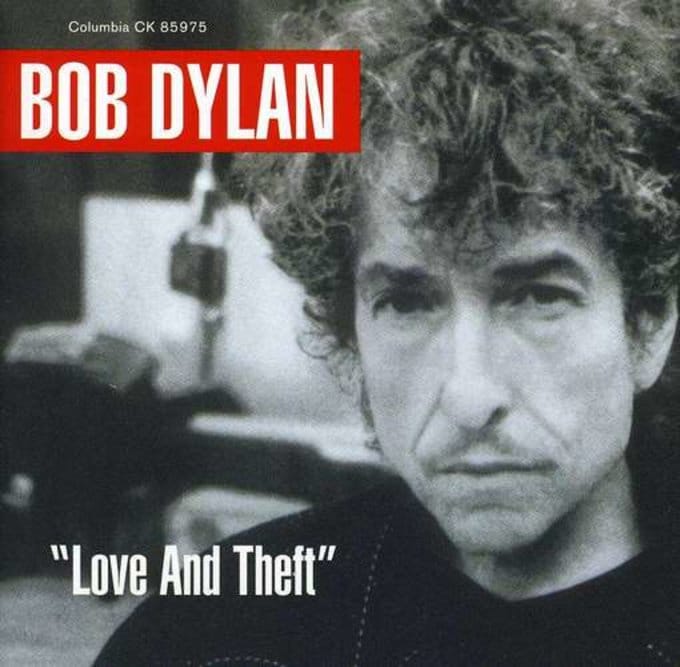 Personnel: Bob Dylan (vocals, guitar, piano); Larry Campbell (guitar, banjo, mandolin, violin); Charlie Sexton (guitar); Tony Garnier (bass); Augie Meyers (accordion, Hammond B3 & Vox organs); David Kemper (drums); Clay Meyers (bongos).
LOVE AND THEFT won the 2002 Grammy Award for Best Contemporary Folk Album.
Bob Dylan's career has always been about defying expectations. Accordingly he followed 1997's much-heralded TIME OUT OF MIND with a marked about-face. Where its predecessor was a bleak emotional landscape full of languid atmospheres, existential sentiments, and graveyard vocal delivery, LOVE AND THEFT finds Dylan much more energized and hopeful. Instead of swamp-like textures, we get sharp, cracking bar-band blues, and lissome ballads with a '20s/'30s feel. The old codger has never sounded more spry; after observing that "summer days and summer nights are gone," he follows up with "I know a place where there's still something going on." Elsewhere he's variously hunting bear, standing on a table to make a toast, burning down a house, and starting a new empire.
The musical context for all this uproar is informed more heavily by Dylan's earliest Americana roots than anything other than his albums of traditional folk songs. Delta and Chicago blues are templates for many songs, while a few others even more anachronistically suggest a future for Dylan as ghost writer for Leon Redbone. The lyrics themselves are littered with quotes from/references to old blues tunes, but Dylan's classic non-linear structure and wild imagination allow him to transcend his influences even as he assimilates them.

Bob Dylan
Down In The Groove (CD)
$6.50 Super Savings
Add to Cart