The Head and the Heart Let's Be Still

Get email alerts for The Head and the Heart
Out of Print: Future availability is unknown
Notify Me When Available
Add to Wishlist
Format:  Vinyl LP
item number:  77J2R
91% recommend us! 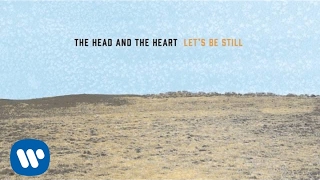 The Head and the Heart - Let's Be Still (Music Video) 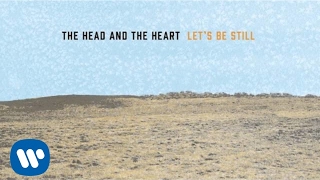 The Head and the Heart - Gone (Music Video)

Rolling Stone - p.73
3 stars out of 5 -- "Their strummy singalongs make them kin to the Mumfords, their choral singing to neighbors Fleet Foxes."
Entertainment Weekly - p.100
"Every drumbeat is harder, every guitar pluck louder, eery harmony more assured." -- Grade: A-

Recorded in Seattle, Washington and mixed in Bridgeport, Connecticut, the sophomore outing from rags to riches indie folk collective Head and the Heart sounds like the product of two coast lines. The band's 2011 debut introduced an unpretentious, musically astute gang of pub-spawned troubadours who liked their country soft and their rock & roll pretty, and the lush and languid Let's Be Still doubles down on that esthetic, offering up a 13-track road trip of a record that's built on a foundation of breezy West Coast pop and propelled by easy, East Coast Americana. The group's predilection for heartfelt, Avett Brothers-meets-Fleet Foxes roots rock is apparent right out of the gate with "Homecoming Heroes" and "Another Story," both of which utilize familiar folk-rock architecture to spin earnest and familiar tales concerning the two body parts from which the group takes its name. Both are lovely, especially the latter with its falsetto-led refrain of "can we go on like it once was," a sentiment that could just as easily apply to a band experiencing the growing pains of fame as it does a pair of pained young lovers, but Let's Be Still engages the most when it tiptoes outside of its comfort zone. Both the propulsive "Summertime," with its ELO-inspired intro "Springtime," the floor board-breaking boot-stomper "Shake," and the amiable, Fleetwood Mac-kissed title cut suggest a band that's more than capable of breaking out of their NPR-approved shell -- even largely forgettable cuts like "Cruel" and the psych-tinged "10,0000 Weight in Gold" harbor moments of mad glee, but despite its best efforts, Let's Be Still mostly resonates on a superficial level, albeit a warm and inviting one. ~ James Christopher Monger