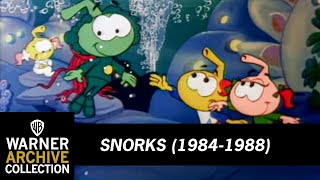 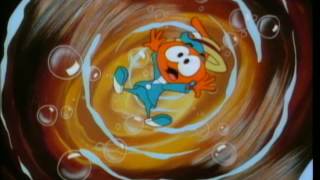 Season Three ushered in some exciting changes for the amazing coral city of Snorkland. New friends, like Corky of the Snork Patrol, and new enemies, like Bigweed, Lil Seaweed and the vampiric Great Snork Nork. New robot frenemies, as SNIP and SNAP go from robo-conquerors to robo-helpers. More time with Jo-Jo, the Tarzan-like wild Snork, as he spends more time with the gang and gets civilized. More mysteries and thrills come in the fourth season which introduces two-part episodes, explores the Snorks' history and takes us to lands outside the reef while still delivering the same old fun and undersea adventures with Allstar, Daffney, Occy and Tooter.