Shot entirely in Cuba, a couple of aspiring nightclub dancers try to hit the "big time." 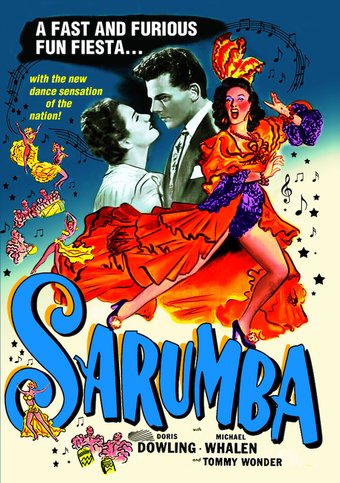 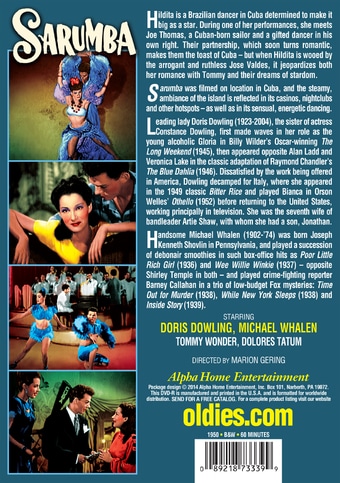 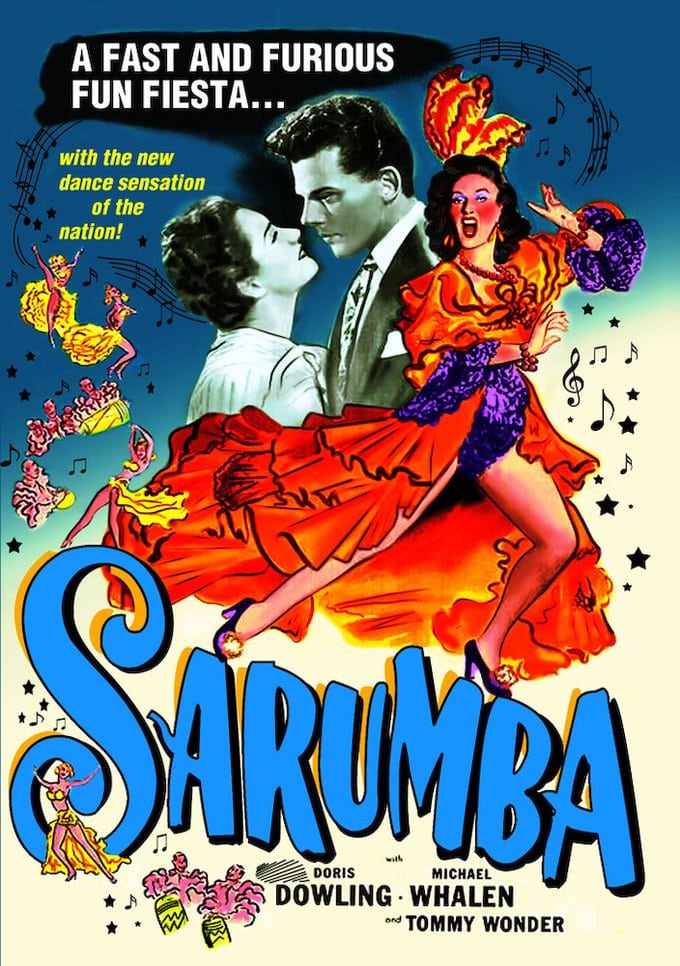 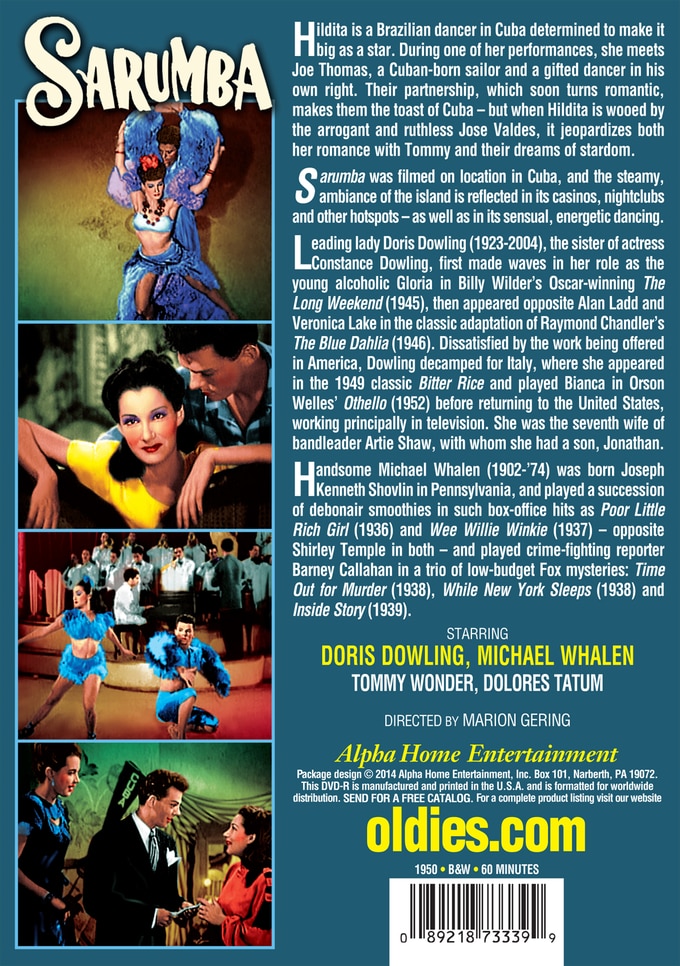 Hildita is a Brazilian dancer in Cuba determined to make it big as a star. During one of her performances, she meets Joe Thomas, a Cuban-born sailor and a gifted dancer in his own right. Their partnership, which soon turns romantic, makes them the toast of Cuba -- but when Hildita is wooed by the arrogant and ruthless Jose Valdes, it jeopardizes both her romance with Tommy and their dreams of stardom.

Sarumba was filmed on location in Cuba, and the steamy, ambiance of the island is reflected in its casinos, nightclubs and other hotspots -- as well as in its sensual, energetic dancing.

Leading lady Doris Dowling (1923-2004), the sister of actress Constance Dowling, first made waves in her role as the young alcoholic Gloria in Billy Wilder's Oscar-winning The Long Weekend (1945), then appeared opposite Alan Ladd and Veronica Lake in the classic adaptation of Raymond Chandler's The Blue Dahlia (1946). Dissatisfied by the work being offered in America, Dowling decamped for Italy, where she appeared in the 1949 classic Bitter Rice and played Bianca in Orson Welles' Othello (1952) before returning to the United States, working principally in television. She was the seventh wife of bandleader Artie Shaw, with whom she had a son, Jonathan.

Handsome Michael Whalen (1902-'74) was born Joseph Kenneth Shovlin in Pennsylvania, and played a succession of debonair smoothies in such box-office hits as Poor Little Rich Girl (1936) and Wee Willie Winkie (1937) -- opposite Shirley Temple in both -- and played crime-fighting reporter Barney Callahan in a trio of low-budget Fox mysteries: Time Out for Murder (1938), While New York Sleeps (1938) and Inside Story (1939).

Romance | Love Triangle | Love Triangles | Romances
This product is made-on-demand by the manufacturer using DVD-R recordable media. Almost all DVD players can play DVD-Rs (except for some older models made before 2000) - please consult your owner's manual for formats compatible with your player. These DVD-Rs may not play on all computers or DVD player/recorders. To address this, the manufacturer recommends viewing this product on a DVD player that does not have recording capability.