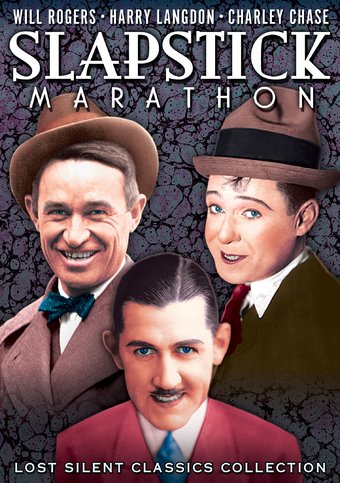 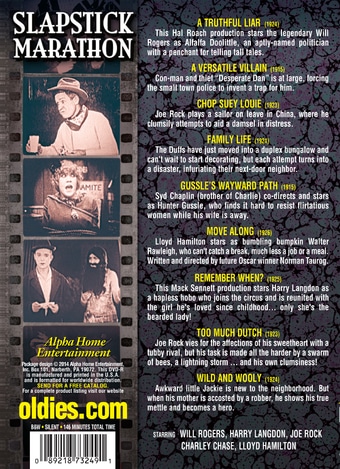 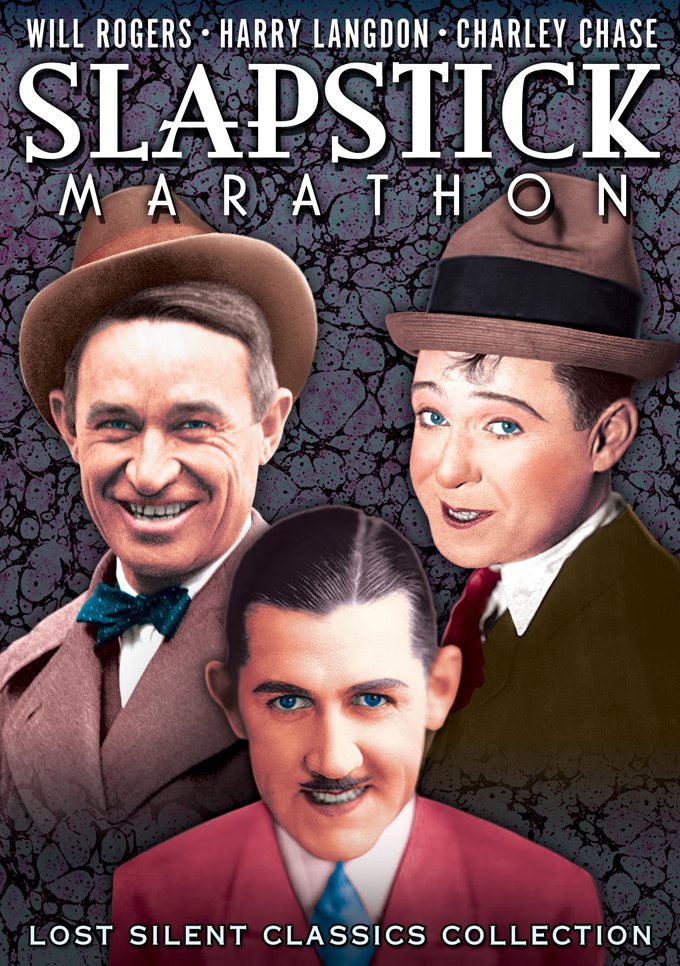 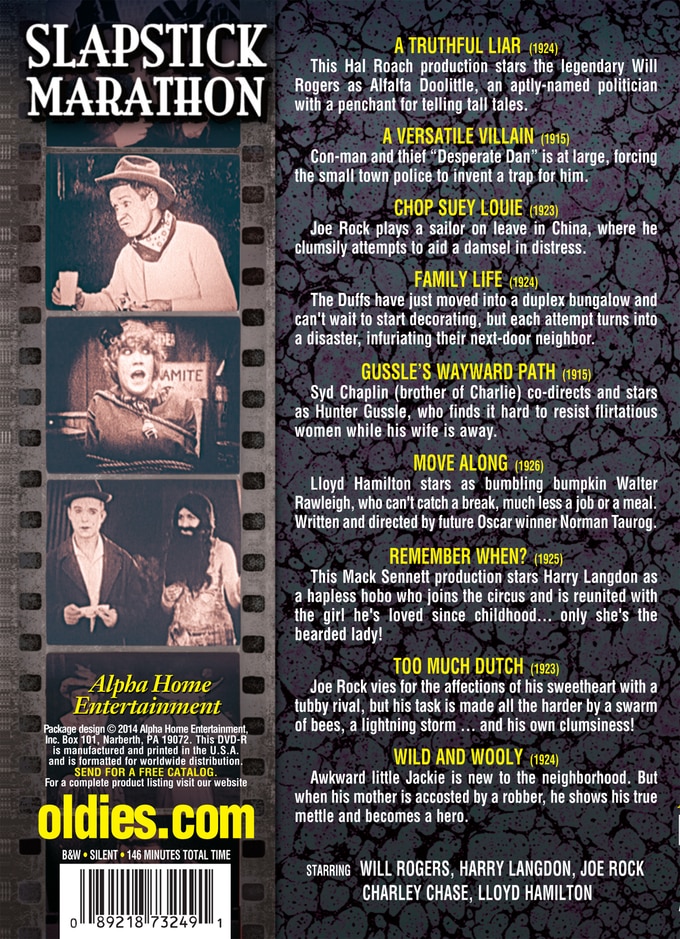 A Truthful Liar (1924): This Hal Roach production stars the legendary Will Rogers as Alfalfa Doolittle, an aptly-named politician with a penchant for telling tall tales.

A Versatile Villain (1915): Con-man and thief "Desperate Dan" is at large, forcing the small town police to invent a trap for him.

Chop Suey Louie (1923): Joe Rock plays a sailor on leave in China, where he clumsily attempts to aid a damsel in distress.

Family Life (1924): The Duffs have just moved into a duplex bungalow and can't wait to start decorating, but each attempt turns into a disaster, infuriating their next-door neighbor.

Gussle's Wayward Path (1915): Syd Chaplin (brother of Charlie) co-directs and stars as Hunter Gussle, who finds it hard to resist flirtatious women while his wife is away.

Move Along (1926): Lloyd Hamilton stars as bumbling bumpkin Walter Rawleigh, who can't catch a break, much less a job or a meal. Written and directed by future Oscar winner Norman Taurog.

Remember When? (1925): This Mack Sennett production stars Harry Langdon as a hapless hobo who joins the circus and is reunited with the girl he's loved since childhood? only she's the bearded lady!

Too Much Dutch (1923): Joe Rock vies for the affections of his sweetheart with a tubby rival, but his task is made all the harder by a swarm of bees, a lightning storm ? and his own clumsiness!

Wild and Wooly (1924): Awkward little Jackie is new to the neighborhood. But when his mother is accosted by a robber, he shows his true mettle and becomes a hero.

25%off
Rare Shorts from the Golden Age of Hollywood, Volume 3
$5.95 on Sale
Add to Cart