Living Blues: "At times it seems Zito can't possibly dig any deeper inward, exposing a masterful songwriter filled with grit and tumult, yet savvy enough to carry a radio-ready melody." 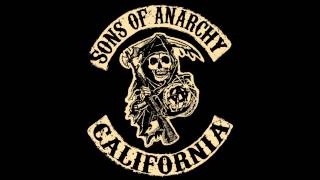 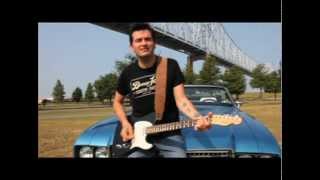 Personnel: Mike Zito (vocals, guitar); Brady Blade (vocals, drums); Carl Dufrene (vocals); Anders Osborne (guitar, background vocals).
Audio Mixer: David Z. .
Liner Note Author: Bill Bentley.
Recording information: Dockside Studios, Lafayette, LA.
Photographer: Frankie Randazzo.
Since hooking up with the Eclecto Groove label in 2008, roots/blues rocking guitarist Mike Zito has been honing his craft, shifting his focus from a hotshot blues six-stringer to a literate songwriter and soulful singer who just happens to be a badass guitarist. On his third release for the imprint, he brings along the talented Anders Osborne (who appeared on his previous disc) as producer/second guitarist/backing vocalist, and together they craft a tough but introspective Southern rock set with strong roots in the swampy sounds that have clearly inspired Zito. Instead of entertaining multiple guests as on his last outing, Zito pares his band to a backing trio featuring Osborne, drummer Brady Blade, and bassist Carl Dufrene, the latter who, like Osborne, has worked with the similarly styled Tab Benoit. From the bittersweet, acoustic based "Motel Blues" to the chunky "The Southern Side" and the Creedence-sounding title track, Zito looks inward for inspiration, which results in his best, most personal collection yet. The melody of the chorus "Run away, run away/I'm leaving today/There ain't nothing like the sound/Of a lonely Greyhound" is instantly memorable in its hopeful desperation, a singalong moment when Zito reflects on an earlier time in his life that creates an indelible audio photograph. He shifts to Tinsley Ellis-styled riff rock for the grinding "Judgment Day" and comes up with a stinging, surging rocker whose words of "If I'm going to walk the streets of Hell/I might as well dance" turn the religious sentiments of the song upside down. That spirituality threads through the album but is never overbearing. He recounts a discussion with the man upstairs on "The Hard Way" as Osborne runs his guitar through a processing/distortion unit. It's perfect for the pounding Zeppelin-style beat as Zito sings with a raw voice that seems as if he's got a hellhound on his trail. The closing "Please, Please, Please" (not the James Brown tune) is an achingly slow, lost love song that's as close to pure blues as this album gets. It allows Zito to display his darkly personal singing as well as build a tasty jazz-inflected guitar solo. The upbeat shuffle of "Until the Day I Die" is a sacred inspired love song to his wife that never gets cloying or pretentious and features searing lead guitar. Osborne's production is clean and stripped-down but includes subtleties, some audible only in headphones, that show attention to small details and enhance the music without distracting from it. Zito has paid his dues on the road and in the studio to reach the new high standards this album sets in his impressive catalog. Even though he's already a journeyman, this release shows he has a rich future as a soulful blues-rocker with something to say and the tools to say it convincingly. ~ Hal Horowitz