In a case of mistaken identity, a young woman is accused of being an enemy agent. 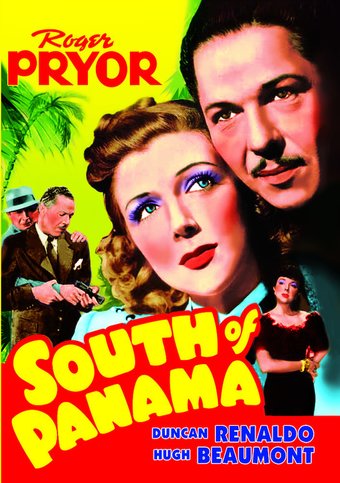 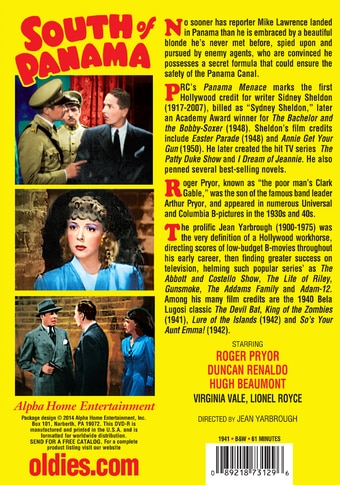 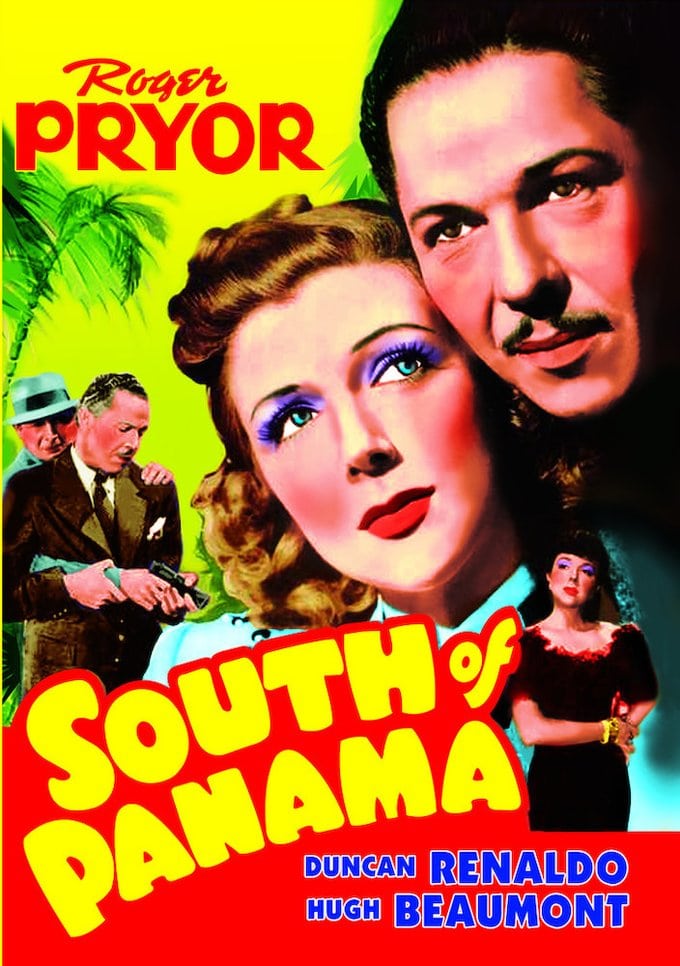 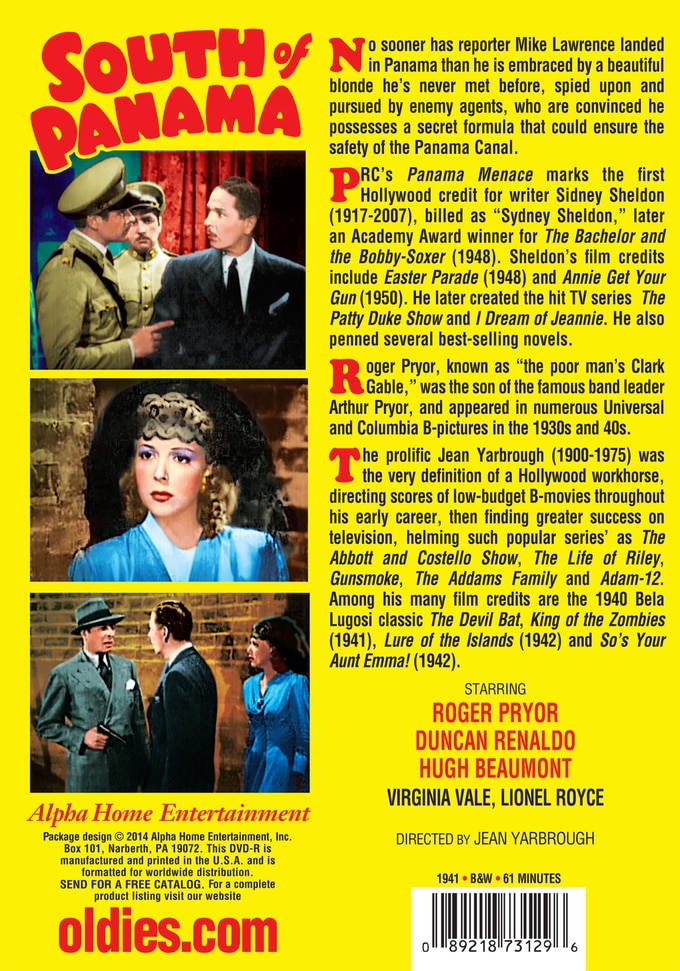 No sooner has reporter Mike Lawrence landed in Panama than he is embraced by a beautiful blonde he's never met before, spied upon and pursued by enemy agents, who are convinced he possesses a secret formula that could ensure the safety of the Panama Canal.

PRC's Panama Menace marks the first Hollywood credit for writer Sidney Sheldon (1917-2007), billed as "Sydney Sheldon," later an Academy Award winner for The Bachelor and the Bobby-Soxer (1948). Sheldon's film credits include Easter Parade (1948) and Annie Get Your Gun (1950). He later created the hit TV series The Patty Duke Show and I Dream of Jeannie. He also penned several best-selling novels.

Roger Pryor, known as "the poor man's Clark Gable," was the son of the famous band leader Arthur Pryor, and appeared in numerous Universal and Columbia B-pictures in the 1930s and 40s.

The prolific Jean Yarbrough (1900-1975) was the very definition of a Hollywood workhorse, directing scores of low-budget B-movies throughout his early career, then finding greater success on television, helming such popular series' as The Abbott and Costello Show, The Life of Riley, Gunsmoke, The Addams Family and Adam-12. Among his many film credits are the 1940 Bela Lugosi classic The Devil Bat, King of the Zombies (1941), Lure of the Islands (1942) and So's Your Aunt Emma! (1942).

Adventure | Mystery | Spies | Thriller | Vintage
This product is made-on-demand by the manufacturer using DVD-R recordable media. Almost all DVD players can play DVD-Rs (except for some older models made before 2000) - please consult your owner's manual for formats compatible with your player. These DVD-Rs may not play on all computers or DVD player/recorders. To address this, the manufacturer recommends viewing this product on a DVD player that does not have recording capability.

Secret of the Blue Room
$19
Add to Cart