Caught in the Act

It's a comedy of errors when a construction foreman tries to plan his daughter's wedding. 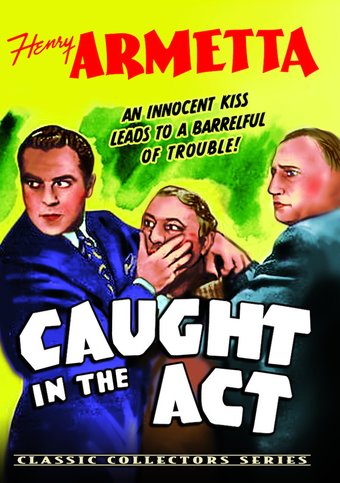 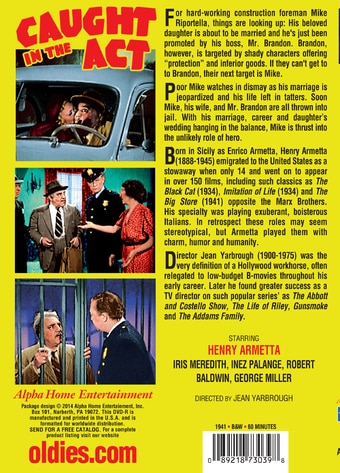 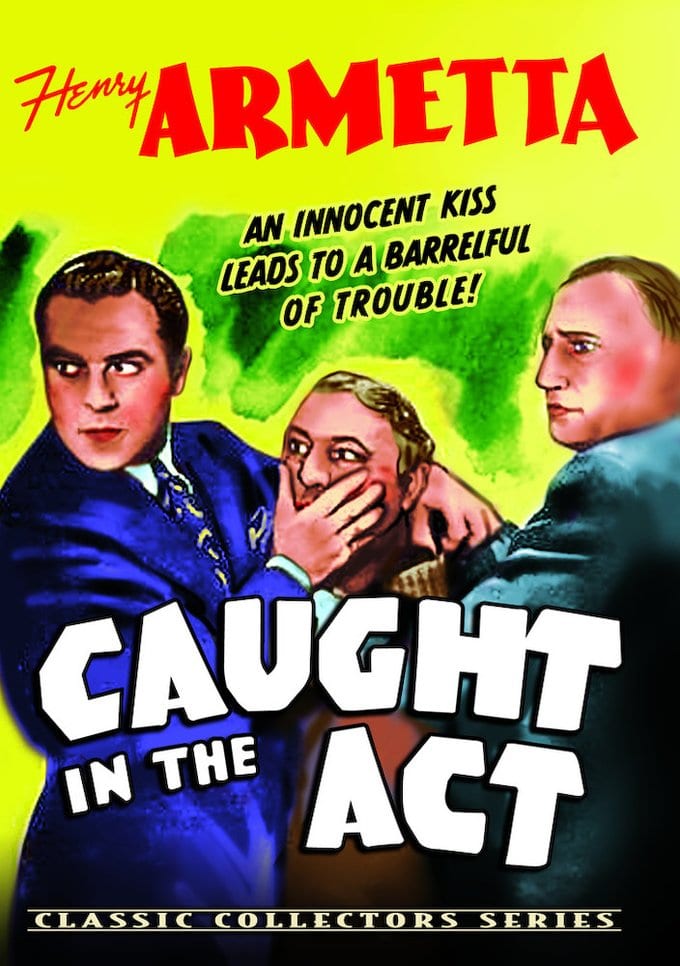 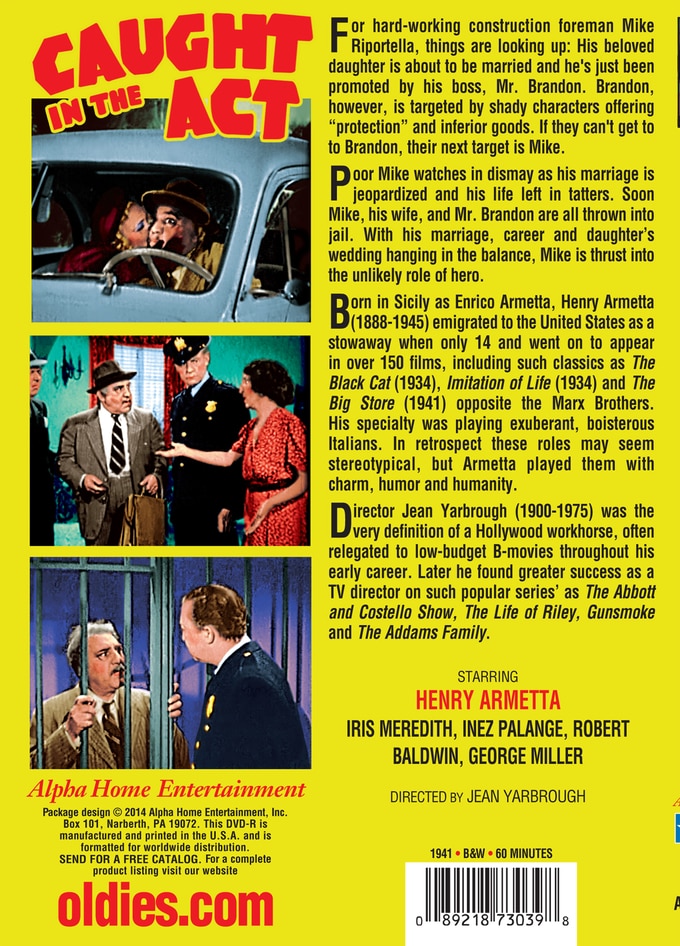 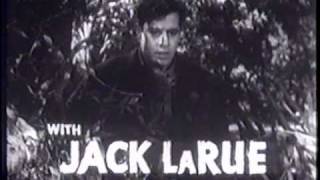 Son of B Movie Trailers

For hard-working construction foreman Mike Riportella, things are looking up: His beloved daughter is about to be married and he's just been promoted by his boss, Mr. Brandon. Brandon, however, is targeted by shady characters offering "protection" and inferior goods. If they can't get to Brandon, their next target is Mike.

Poor Mike watches in dismay as his marriage is jeopardized and his life left in tatters. Soon Mike, his wife, and Mr. Brandon are all thrown into jail. With his marriage, career and daughter's wedding hanging in the balance, Mike is thrust into the unlikely role of hero.

Born in Sicily as Enrico Armetta, Henry Armetta (1888-1945) emigrated to the United States as a stowaway when only 14 and went on to appear in over 150 films, including such classics as The Black Cat (1934), Imitation of Life (1934) and The Big Store (1941) opposite the Marx Brothers. His specialty was playing exuberant, boisterous Italians. In retrospect these roles may seem stereotypical, but Armetta played them with charm, humor and humanity.

Director Jean Yarbrough (1900-1975) was the very definition of a Hollywood workhorse, often relegated to low-budget B-movies throughout his early career. Later he found greater success as a TV director on such popular series' as The Abbott and Costello Show, The Life of Riley, Gunsmoke and The Addams Family.

Mystery | Outlaws | Crime | Gangsters
This product is made-on-demand by the manufacturer using DVD-R recordable media. Almost all DVD players can play DVD-Rs (except for some older models made before 2000) - please consult your owner's manual for formats compatible with your player. These DVD-Rs may not play on all computers or DVD player/recorders. To address this, the manufacturer recommends viewing this product on a DVD player that does not have recording capability.

Night of the Creeps
$13.10 Super Savings
Add to Cart