The Autopsy Files - Autopsy: Confessions of a Medical Examiner / Autopsy 2: Voices from the Dead 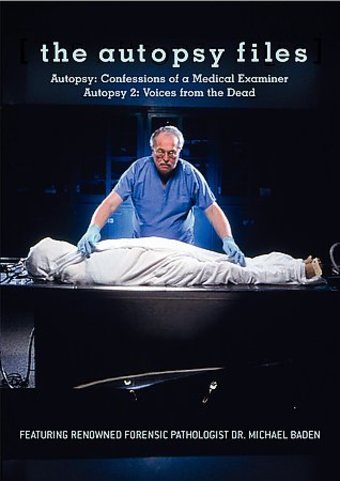 The huge popularity of the CSI television series (and its various offshoots) was preceded by AUTOPSY, which provides a neat reality-based counterpoint to the fictional world of the CBS show. Dr. Michael Barden offers some grim, often stomach-churning findings as he presents facts and findings from some of the country's leading forensic departments. Two episodes are included here, "Autopsy: Confessions of a Medical Examiner," and "Autopsy 2: Voices From the Dead."

Long before the recent trend in criminal investigation shows, there was Autopsy, the show that inspired them all. Hosted by Dr. Michael Baden, one of the century's most renowned forensic pathologists, this 10th anniversary edition features the first two mesmerizing episodes of this groundbreaking, reality-based series, Autopsy: Confessions of a Medical Examiner and Autopsy 2: Voices From the Dead. Timed to coincide with the HBO broadcast premiere of Autopsy 10: Ask Dr. Baden in May 2005.