G-MEN VS. GUNMEN in an ALL-NEW thrill-packed series of adventures...with DICK TRACY...the greatest G-Man of them all leading the chase 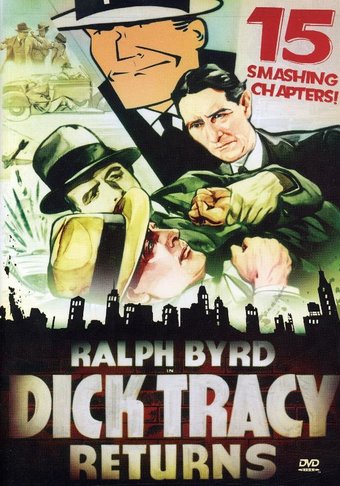 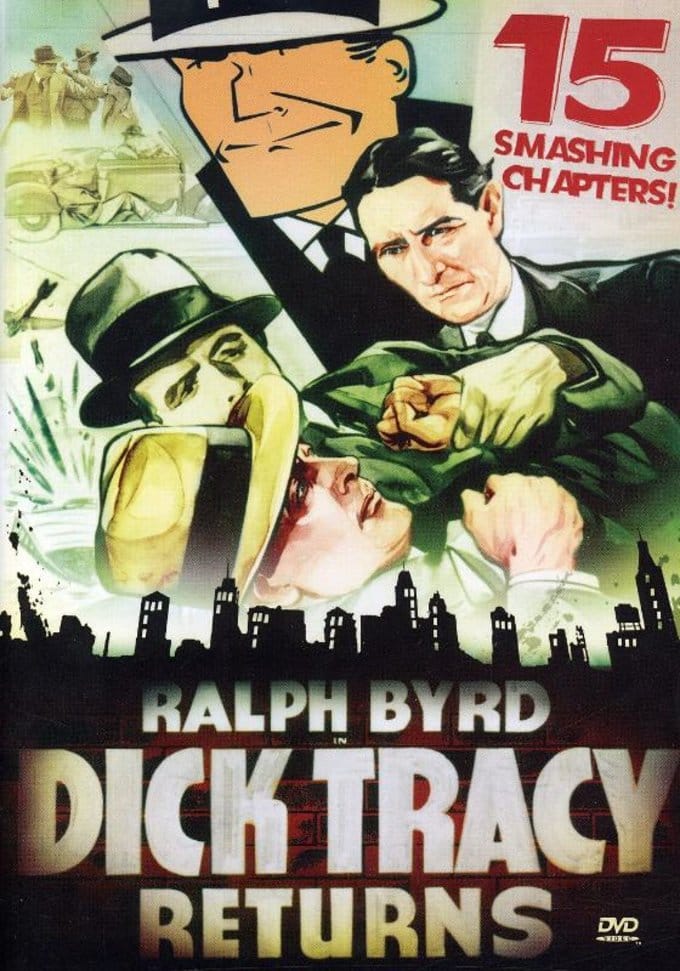 Pa Stark (Charles Middleton, Ming the Merciless of "Flash Gordon" fame) and his five criminal sons are holding America in a grip of terror. It is up to Dick Tracy and his G-Men to bring the ruthless Starks to justice in a thrill-packed chapter play. Fast-paced, non-stop action is the hallmark of Witney and English, who from 1937 to 1941 directed for Republic Pictures some serials that are generally regarded as the finest ever to come out of Hollywood. Dick Tracy Returns belongs to that select group of super serials, and it is pure gold for thrill lovers.

The 15-chapter Republic serial DICK TRACY RETURNS also represents the return of Ralph Byrd in the role of Chester Gould's stalwart comic-strip detective. For the purposes of the film, Tracy has joined the G-Men in pursuit of criminal mastermind Pa Stark (Charles Middleton) and his killer brood. Things get off to an rousing start when Stark and his five sons rob an armored car and murder Tracy's pal Ron Merton (David Sharpe). One by one, the Starks are killed off by Tracy and the good guys until at last only Pa and eldest son Champ (John Merton) are left. Gathering together a daunting supply of dynamite and nitroglycerin, the surviving gang members draw up plans to blow Tracy and the other G-Men to Kingdom Come, but things don't quite work out that way. Like the other three "Dick Tracy" serials, DICK TRACY RETURNS was also released in an abridged feature-length version.