The Conquest of Everest

The awesome and harrowing true story of Edmund Hillary's perilous trek to the top of Mt. Everest. 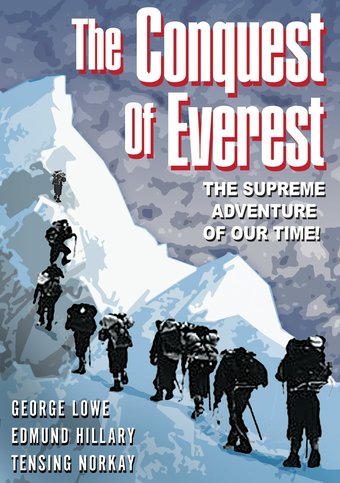 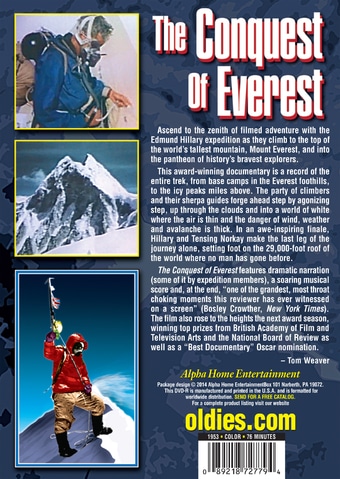 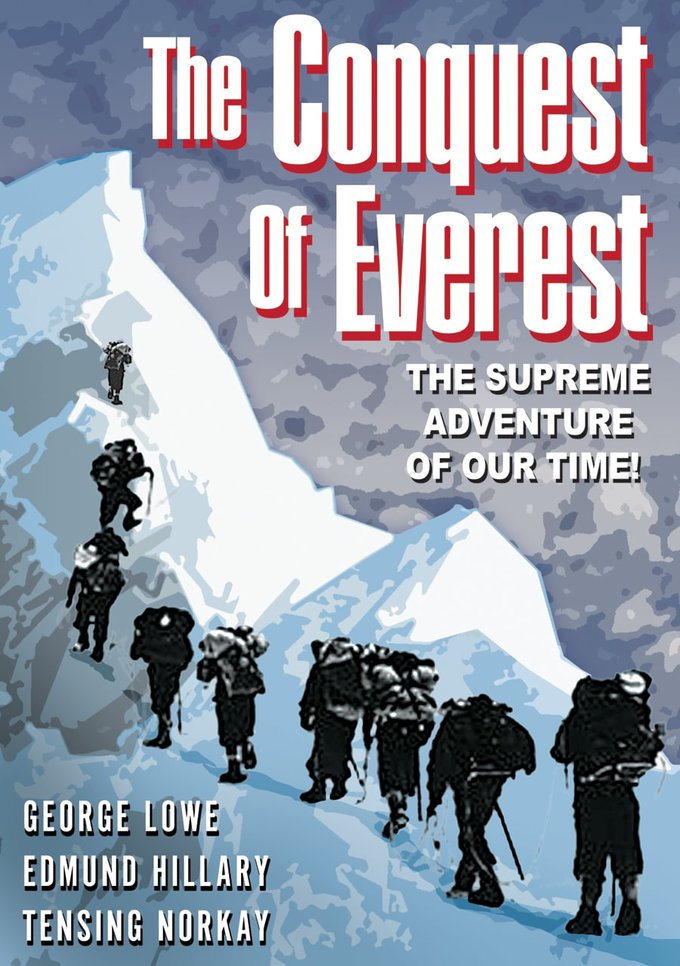 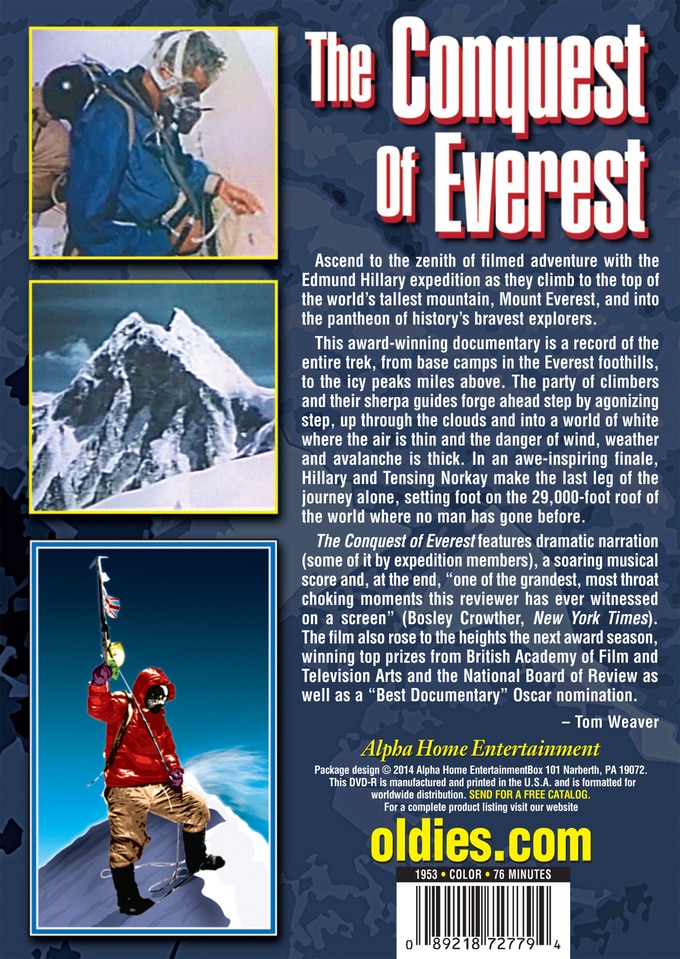 Ascend to the zenith of filmed adventure with the Edmund Hillary expedition as they climb to the top of the world's tallest mountain, Mount Everest, and into the pantheon of history's bravest explorers.

This award-winning documentary is a record of the entire trek, from base camps in the Everest foothills, to the icy peaks miles above. The party of climbers and their sherpa guides forge ahead step by agonizing step, up through the clouds and into a world of white where the air is thin and the danger of wind, weather and avalanche is thick. In an awe-inspiring finale, Hillary and Tensing Norkay make the last leg of the journey alone, setting foot on the 29,000-foot roof of the world where no man has gone before.

The Conquest of Everest features dramatic narration (some of it by expedition members), a soaring musical score and, at the end, "one of the grandest, most throat choking moments this reviewer has ever witnessed on a screen" (Bosley Crowther, New York Times). The film also rose to the heights the next award season, winning top prizes from British Academy of Film and Television Arts and the National Board of Review as well as a "Best Documentary" Oscar nomination.

Adventure | Personal Triumph | History | Documentary
This product is made-on-demand by the manufacturer using DVD-R recordable media. Almost all DVD players can play DVD-Rs (except for some older models made before 2000) - please consult your owner's manual for formats compatible with your player. These DVD-Rs may not play on all computers or DVD player/recorders. To address this, the manufacturer recommends viewing this product on a DVD player that does not have recording capability.