A Day in the Country (Blu-ray) 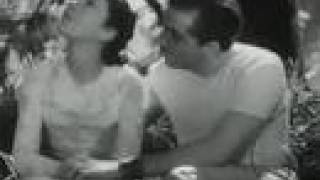 Over and Over, Then and Now. (Clip)

Adapted from a Maupassant story, A DAY IN THE COUNTRY is suffused with such an overpowering sense of reality that watching it can make one feel a bit like a voyeur. It stars Sylvia Bataille as Henriette Dufour and Georges Darnoux as Henri. They meet by chance when Henriette's father (Andre Gabriello), a Parisian ironmonger, borrows a cart for a trip into the countyside. He's joined by his wife, Juliette (Jane Marken); his daughter; her fiancé, Anatole (Paul Temps); and his mother-in-law. Stopping at a small riverside restaurant, they are charmed by a pair of local young men: Henri and Rodolphe (Jacques Brunius). The two locals offer to row the women down the river to see more of the countryside while their men rest and go fishing. Rodolphe, who has been lusting after Henriette since he first saw her, now has her in his boat and is prepared for action. Henri, concerned about what might happen to the girl, makes a deft switch, giving Madame Dufour to his friend and taking Henriette in his own boat. The two spend an unforgettable afternoon together. This deceptively simple masterpiece is the director's most lyrical evocation of lost love.

A DAY IN THE COUNTRY is the film from director Jean Renoir that is most reminiscent of his father's painting. It stars Sylvia Bataille as Henriette Dufour and Georges Darnoux as Henri. The two meet when Henriette's father takes Henriette and her fiancé out for a day in the country. Henri and Rodolphe, two young locals, charm the family--which includes Juliette, Henriette's stepmom--and offer to row the women down the river while their men fish. The young men, however, have more on their minds than rowing.