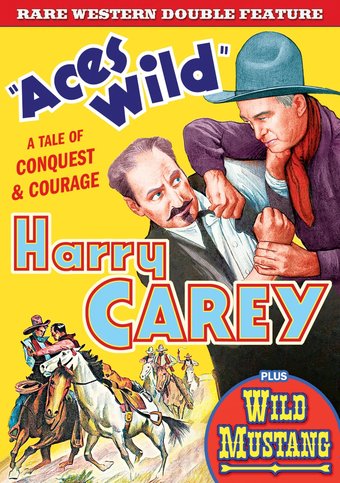 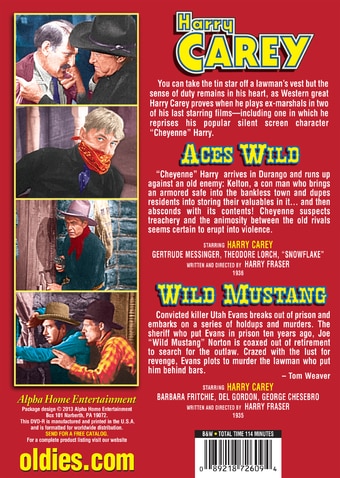 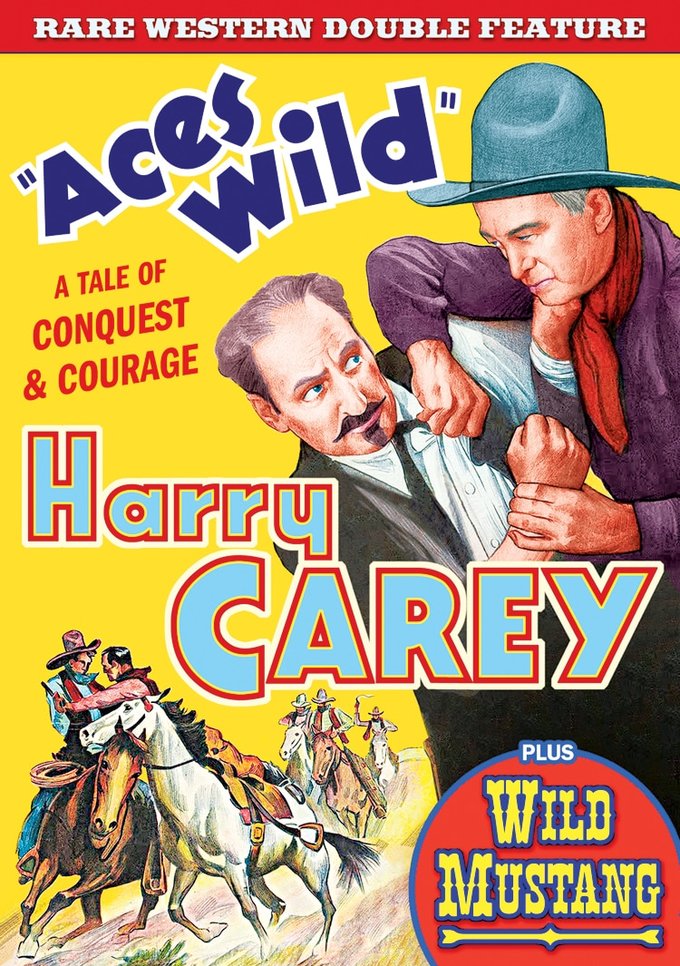 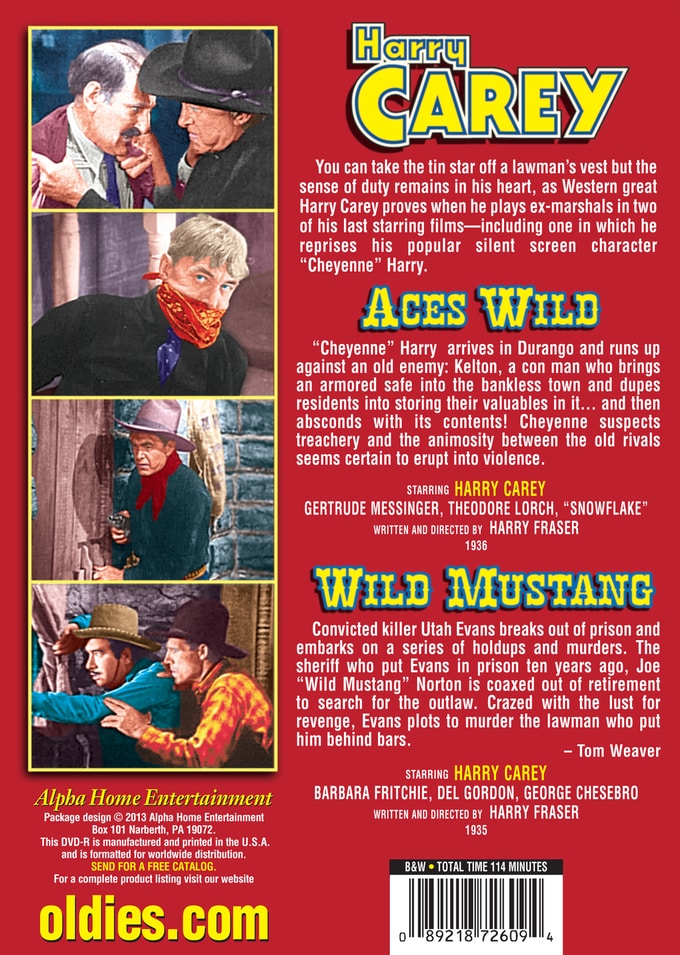 You can take the tin star off a lawman's vest but the sense of duty remains in his heart, as Western great Harry Carey proves when he plays ex-marshals in two of his last starring films -- including one in which he reprises his popular silent screen character "Cheyenne" Harry.

Aces Wild (1936, B&W): "Cheyenne" Harry arrives in Durango and runs up against an old enemy: Kelton, a con man who brings an armored safe into the bankless town and dupes residents into storing their valuables in it... and then absconds with its contents! Cheyenne suspects treachery and the animosity between the old rivals seems certain to erupt into violence. Starring Harry Carey, Gertrude Messinger, Theodore Lorch, "Snowflake"; Written and directed by Harry Fraser.

Wild Mustang (1935, B&W): Convicted killer Utah Evans breaks out of prison and embarks on a series of holdups and murders. The sheriff who put Evans in prison ten years ago, Joe "Wild Mustang"Norton is coaxed out of retirement to search for the outlaw. Crazed with the lust for revenge, Evans plots to murder the lawman who put him behind bars. Starring Harry Carey, Barbara Fritchie, Del Gordon, George Chesebro; Written and directed by Harry Fraser.