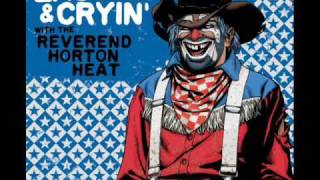 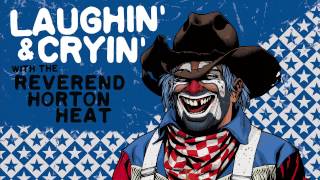 Dirty Linen - p.48
"When it comes to the old stuff, Heat delivers it well, as evidenced on Ernest Tubb's 'There's a Little Bit of Everything in Texas' that really has that Tubb touch, just greasier."

Personnel: Jim Heath (vocals, guitar, pedal steel guitar); Tim Alexander (bajo sexto, accordion, piano); Jimbo Wallace (upright bass); Paul Simmons (drums, background vocals).
Recording information: Audio Dallas.
Photographer: Drew Reynolds .
The Reverend Horton Heat may have started out as the loudest and wildest rockabilly act in all creation, but with the passage of time, guitarist Jim Heath and his rhythm section have mellowed quite a bit (particularly from IT'S MARTINI TIME onward), and compared to their early work for Sub Pop, LAUGHIN' & CRYIN' WITH THE REVEREND HORTON HEAT sounds downright placid. Part of this boils down to thematic issues -- with two songs about Texas, another about how intellectuals don't get people from the South or West, and one that actually gripes about how weird death metal guys are.