Four more cases taken from the files of a renowned Philadelphia defense attorney. 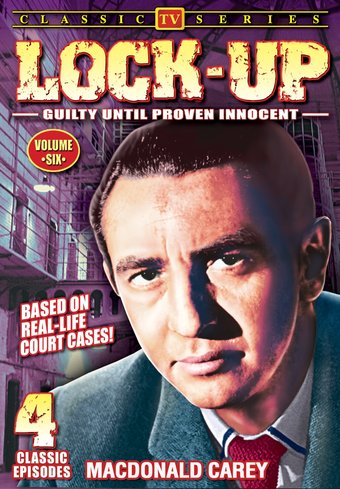 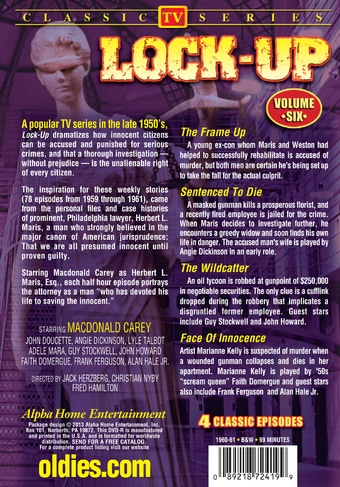 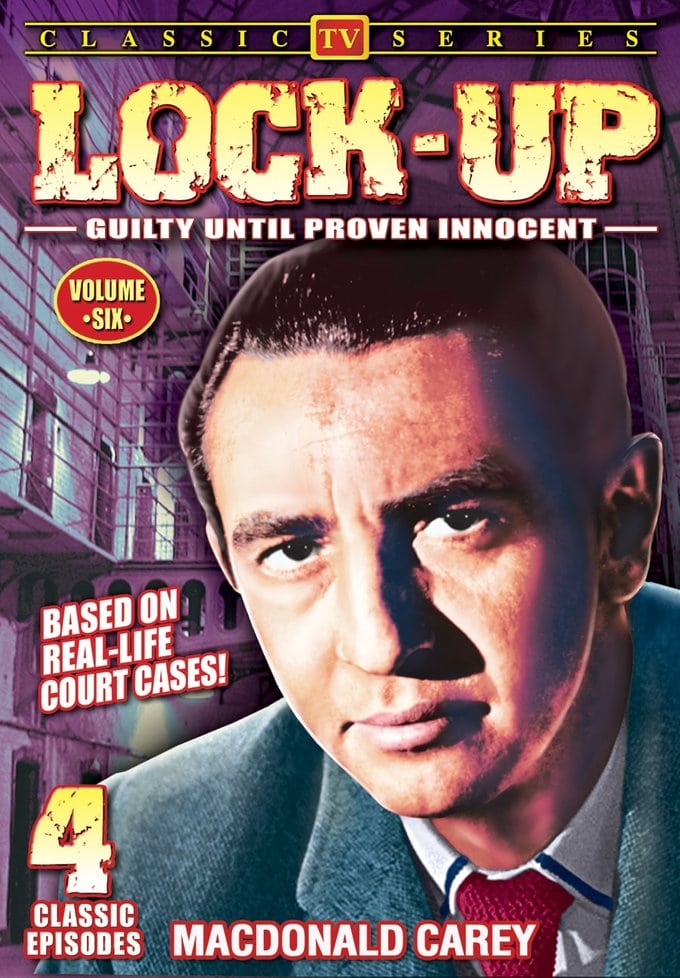 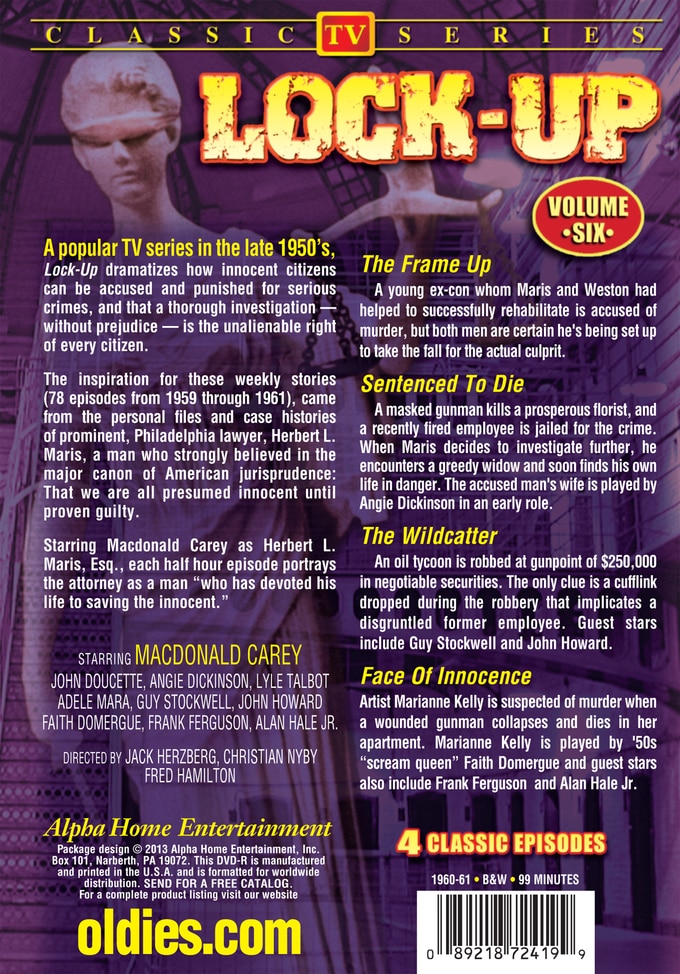 A popular TV series in the late 1950's, Lock-Up dramatizes how innocent citizens can be accused and punished for serious crimes, and that a thorough investigation - without prejudice - is the unalienable right of every citizen. The inspiration for these weekly stories (78 episodes from 1959 through 1961), came from the personal files and case histories of prominent, Philadelphia lawyer, Herbert L. Maris, a man who strongly believed in the major canon of American jurisprudence: That we are all presumed innocent until proven guilty. Starring Macdonald Carey as Herbert L. Maris, Esq., each half hour episode portrays the attorney as a man "who has devoted his life to saving the innocent."

The Frame Up: A young ex-con whom Maris and Weston had helped to successfully rehabilitate is accused of murder, but both men are certain he's being set up to take the fall for the actual culprit.

Sentenced To Die: A masked gunman kills a prosperous florist, and a recently fired employee is jailed for the crime. When Maris decides to investigate further, he encounters a greedy widow and soon finds his own life in danger. The accused man's wife is played by Angie Dickinson in an early role.

The Wildcatter: An oil tycoon is robbed at gunpoint of $250,000 in negotiable securities. The only clue is a cufflink dropped during the robbery that implicates a disgruntled former employee. Guest stars include Guy Stockwell and John Howard.

Face Of Innocence: Artist Marianne Kelly is suspected of murder when a wounded gunman collapses and dies in her apartment. Marianne Kelly is played by '50s "scream queen" Faith Domergue and guest stars also include Frank Ferguson and Alan Hale Jr.