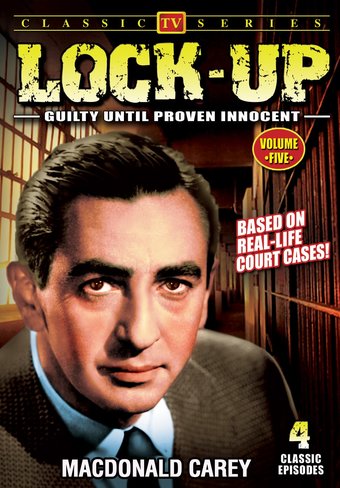 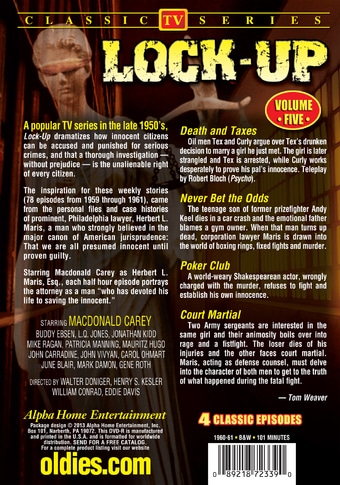 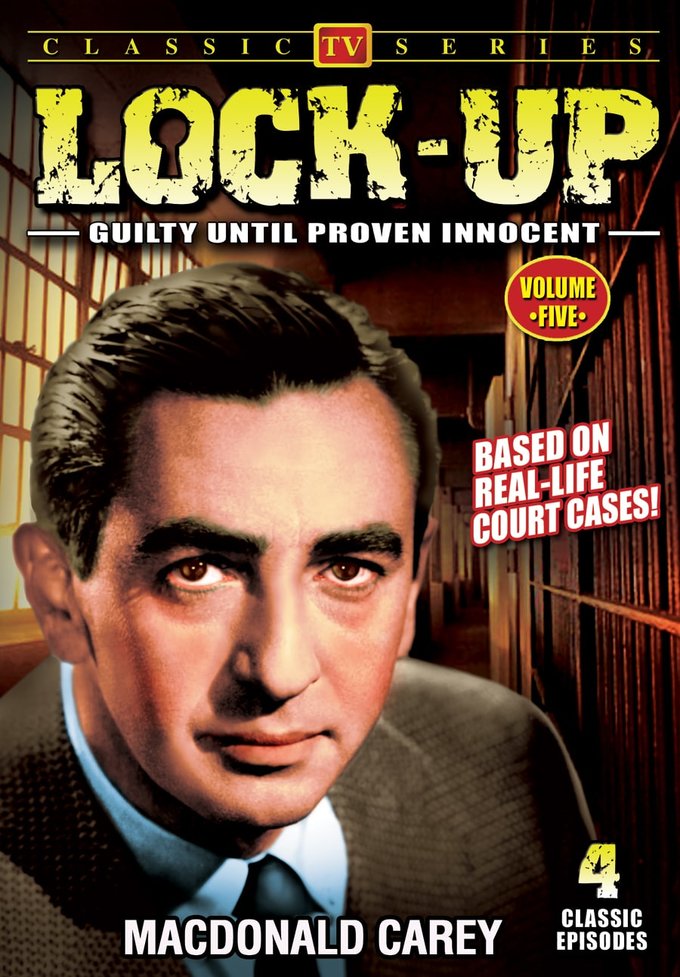 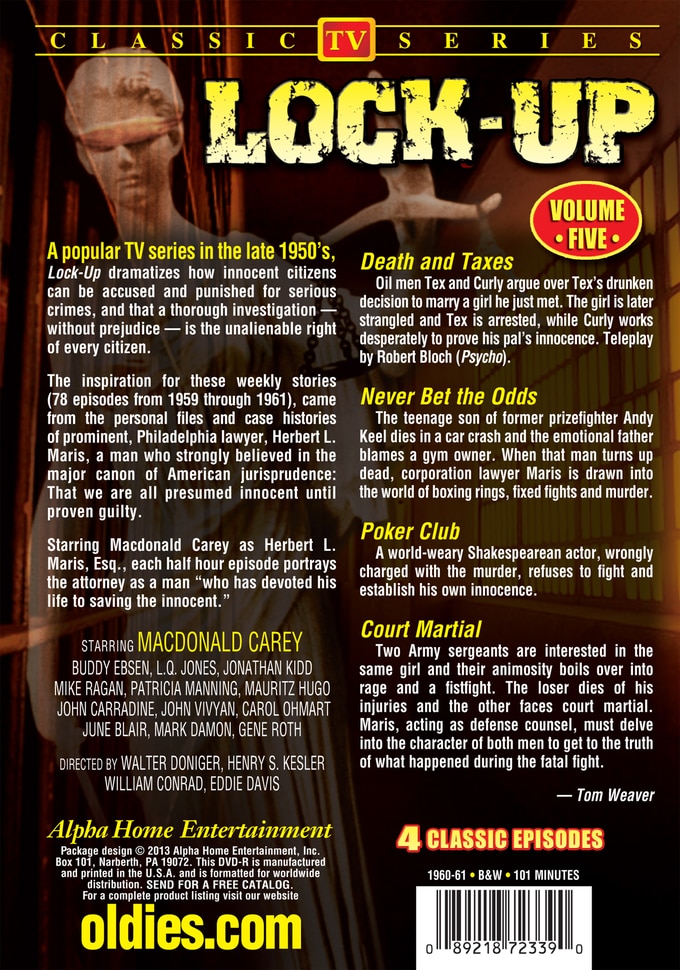 A popular TV series in the late 1950's, "Lock-Up" dramatizes how innocent citizens can be accused and punished for serious crimes, and that a thorough investigation - without prejudice - is the unalienable right of every citizen. The inspiration for these weekly stories (78 episodes from 1959 through 1961), came from the personal files and case histories of prominent, Philadelphia lawyer, Herbert L. Maris, a man who strongly believed in the major canon of American jurisprudence: That we are all presumed innocent until proven guilty. Starring MacDonald Carey as Herbert L. Maris, Esq., each half hour episode portrays the attorney as a man "who has devoted his life to saving the innocent."

Death and Taxes: Oil men Tex and Curly argue over Tex's drunken decision to marry a girl he just met. The girl is later strangled and Tex is arrested, while Curly works desperately to prove his pal's innocence. Teleplay by Robert Bloch (Psycho).

Never Bet the Odds: The teenage son of former prizefighter Andy Keel dies in a car crash and the emotional father blames a gym owner. When that man turns up dead, corporation lawyer Maris is drawn into the world of boxing rings, fixed fights and murder.

Poker Club: A world-weary Shakespearean actor, wrongly charged with the murder, refuses to fight and establish his own innocence.

Court Martial: Two Army sergeants are interested in the same girl and their animosity boils over into rage and a fistfight. The loser dies of his injuries and the other faces court martial. Maris, acting as defense counsel, must delve into the character of both men to get to the truth of what happened during the fatal fight.