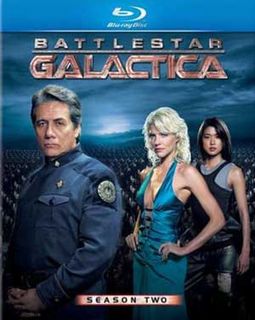 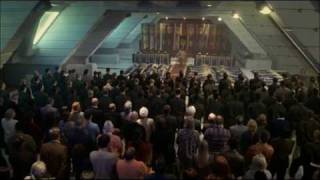 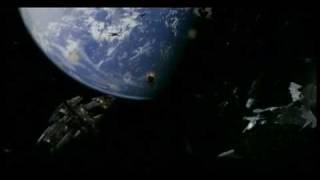 This updated and re-imagined version of the classic 1970s sci-fi television show BATTLESTAR GALACTICA combines elements of STAR TREK, STAR WARS, and THE TERMINATOR. Human beings built the android Cylons to work as servants for them, only to have the robots rebel and disappear into space. A generation later, however, the Cylons returned to destroy their former masters, and succeeded in eliminating the 12 worlds that mankind inhabited. Luckily, one group of people has managed to escape the genocide, led by Commander William Adama (Edward James Olmos), on board the massive space ship called Battlestar Galactica. But the struggle isn't over, as the ruthless Cylons continue to pursue the ship and the last surviving members of the human race. This vision of BATTLESTAR GALACTICA features a darker tone and CGI special effects, and shares with other science fiction sagas a warning about the misuse of advanced technology. This collection includes episodes 1-10 of the second season.

Joohyun Park
The Music Of Battlestar Galactica For Solo Piano
$17.20
Add to Cart
(10+)