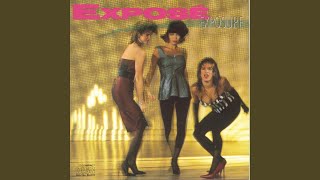 Come Go with Me (Music Video) 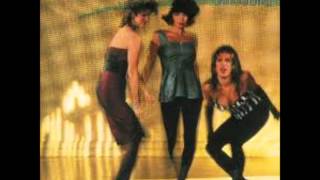 Exposé- You're the One I Need (Music Video)

Digitally remastered and expanded two CD edition. Originally released in 1987, EXPOSURE (US #16) reached gold sales status in the US, re-introduced dance music to US radio stations after nearly a decade, and was responsible for crossing over the Freestyle sound to a broader audience. A total of seven singles were lifted from the album including the blockbuster hits 'Point of No Return' (US #5, 1987), 'Come Go with Me' (US #5, 1987), 'Let Me Be the One' (US # 7, 1987), and the chart-topping smash 'Seasons Change' (US #1, 1987). Expose were the first female group to have four Top 10 singles from a debut album hit the Billboard Hot 100 chart. This deluxe edition features 29 tracks including the original 10-song album alongside 19 bonus tracks, eight of which appear on CD for the first time. The bonus material on this collection features all the single versions, B-sides, remixes, and alternate versions that were released during the promotion of the original album.

Hot
Cathy Dennis
Move To This
$9.99 on Sale
Add to Cart