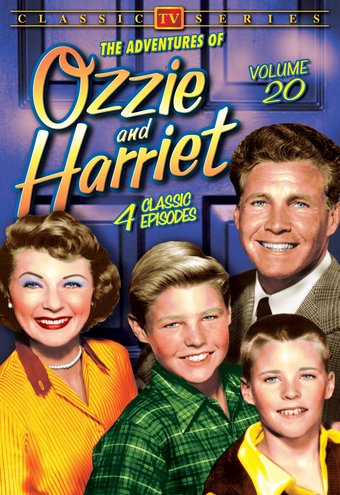 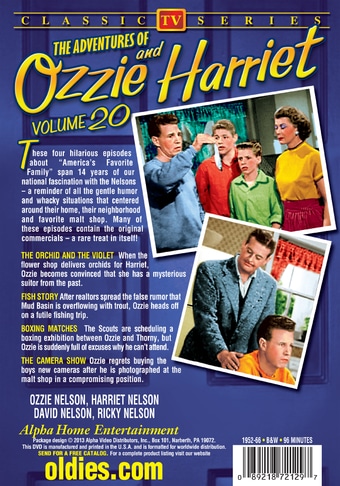 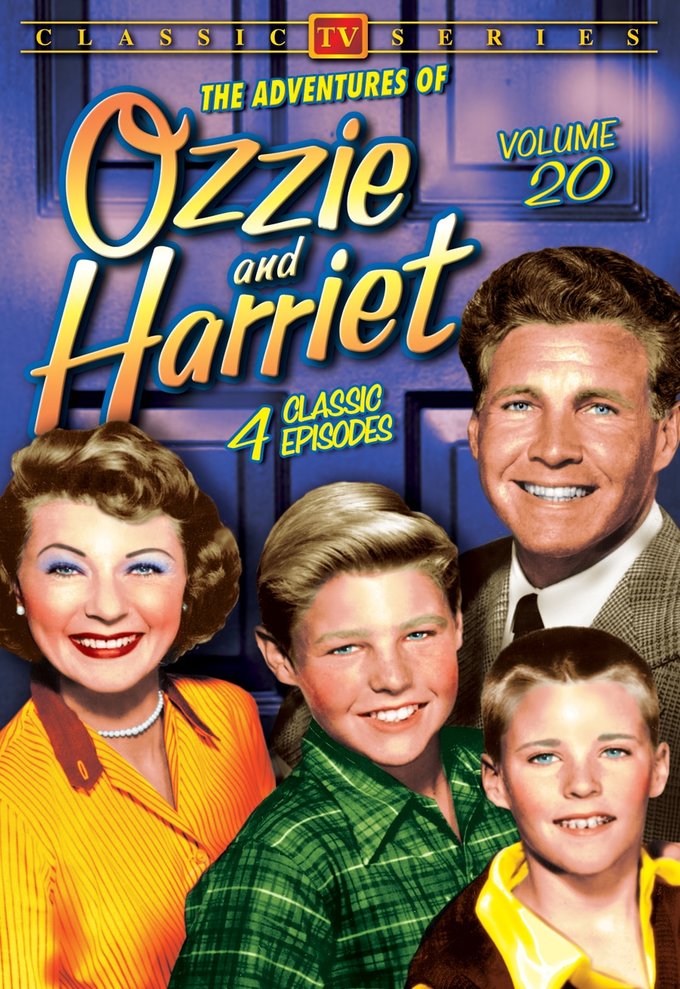 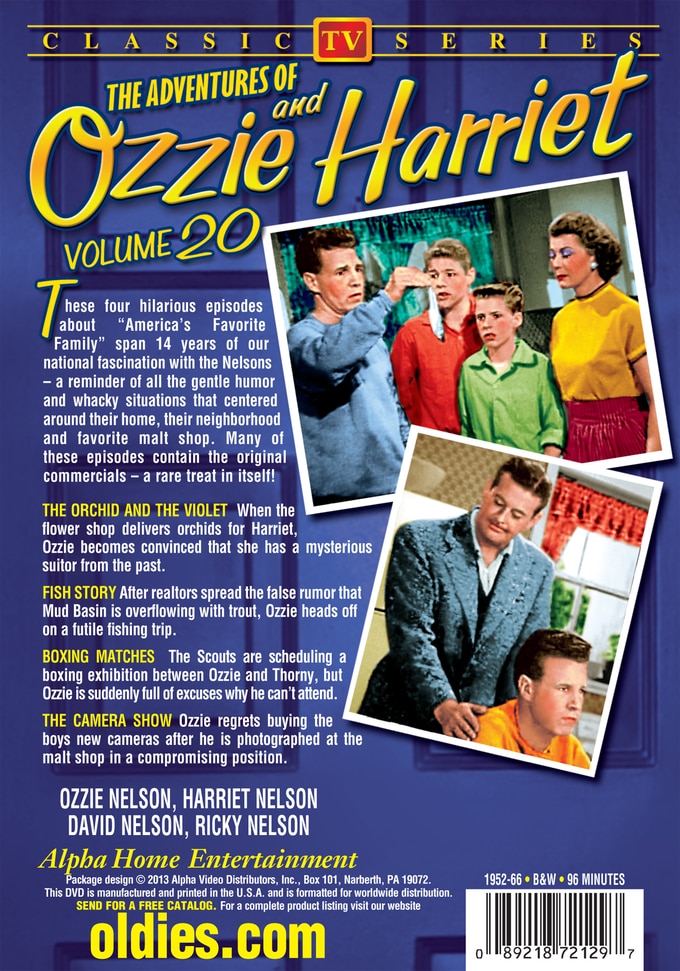 These four hilarious episodes about "America's Favorite Family" span 14 years of our national fascination with the Nelsons - a reminder of all the gentle humor and whacky situations that centered around their home, their neighborhood and favorite malt shop. Many of these episodes contain the original commercials - a rare treat in itself!

The Orchid And The Violet: When the flower shop delivers orchids for Harriet, Ozzie becomes convinced that she has a mysterious suitor from the past.

Fish Story: After realtors spread the false rumor that Mud Basin is overflowing with trout, Ozzie heads off on a futile fishing trip.

Boxing Matches: The Scouts are scheduling a boxing exhibition between Ozzie and Thorny, but Ozzie is suddenly full of excuses why he can't attend.

The Camera Show: Ozzie regrets buying the boys new cameras after he is photographed at the malt shop in a compromising position.