Someone you pass on the street may already be the love of your life. 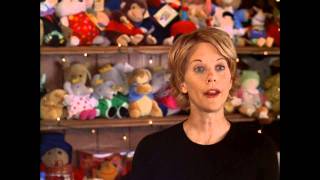 Based on the classic film THE SHOP AROUND THE CORNER, this tale of pen-pal romance has been updated for the internet age. Tom Hanks plays a book mega-store owner who falls in love over e-mail with the owner of a struggling children's bookstore, played by Meg Ryan.