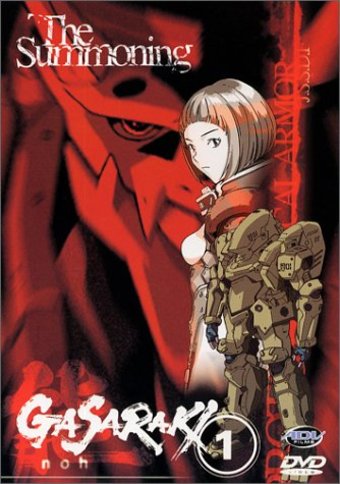 One of the best mecha series to come out of Japan in recent years, GASARAKI is the story of Yushirou, the 4th son of the Gowa family, who provides Japan with special tactical armor. Yushirou possesses supernatural powers that he has only recently become aware of, and begins to suspect that there is much more to his family than he originally thought. Then, in battle one day, he encounters Miharu, a girl who possesses the same powers he does. Believing he has found some pieces from a very large puzzle, Yushirou sets out to uncover the mystery in which he himself is an integral part.