Rolling Stone: 3.5 stars out of 5 -- "Earle lets some darkness creep in on the slow-burning 'Better Off Alone'....A sturdy vehicle, built to chug through hard times." 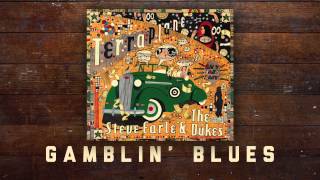 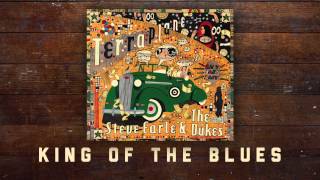 Rolling Stone
3.5 stars out of 5 -- "Earle lets some darkness creep in on the slow-burning 'Better Off Alone'....A sturdy vehicle, built to chug through hard times."
Paste (magazine) - "Focusing on Texas and Chicago blues, TERRAPLANE is a loose-grooved exhumation of Lightin' Hopkins, Freddie King and Mance Lipscomb, artists Earle grew up on in San Antonio."
Pitchfork (Website) - "Earle's more interested in craft than ostentation, and his touring band the Dukes keep things raw and wiry, as though everything was caught in one take..."

Personnel: Steve Earle (vocals, guitar, mandolin, harmonica); Eleanor Whitmore (vocals, fiddle); Chris Masterson (guitar); Will Rigby (drums).
Audio Mixer: Ray Kennedy .
Liner Note Author: Steve Earle.
Recording information: House of Blues Studio, Nashville, TN.
Photographer: Ted Barron.
"Hell, everybody's sick of all my f---ing happy songs anyway," Steve Earle declares in the liner notes to his 2015 album Terraplane as he explains why he chose to cut a blues album. If you feel like you somehow missed Earle's Pollyanna period, you're not the only one, but if he was motivated to turn to the blues because of personal troubles -- he was going through his seventh divorce while he wrote and recorded these songs -- it sure sounds like he chose the right kind of musical therapy. Terraplane is the most relaxed and least fussed-over album Earle has made in quite some time, and frankly, he sounds like he's having a ball on these sessions; with rare exceptions, this isn't music that ponders the dark night of the soul, but semi-acoustic roadhouse boogie that rocks with a steady roll and gives Earle a chance to crow like a rooster as he ponders broken hearts, long lonesome highways, battles with the forces of destiny, and the enduring appeal of women in go-go boots. Terraplane is just introspective enough to suit the literacy of Earle's lyrical conceits (a wordiness that nearly gets away from him on the grand-scale shaggy dog tale of "The Tennessee Kid"), and he does take the opportunity to bare his soul on "Better Off Alone," but the interplay between Earle and the umpteenth edition of the Dukes (including longtime sidemen Kelly Looney on bass and Will Rigby on drums, as well as fiddler and vocalist Eleanor Whitmore and guitarist Chris Masterson) is downright playful when the tempo picks up a bit, and the good and greasy feel of "The Usual Time," "Ain't Nobody's Daddy Now," and "King of the Blues" is as satisfying as a big slab of smoked brisket. Maybe folks were tired of Earle's happy songs, but if you want to hear the man have a good time while kicking up a fuss in the studio, Terraplane is a ride well worth taking. ~ Mark Deming

Reason to Believe: A Country Music Tribute to Bruce...
$5.98 on Sale
Add to Cart