He wanted it all...but he got more than he bargained for.

201K ratings
Out of Print: Future availability is unknown
Notify Me When Available
Add to Wishlist
Format:  Blu-ray
sku:  3FED4
92% recommend us! 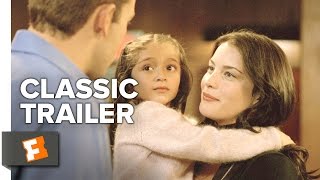 Breaking from his signature slacker-underdog films like CLERKS, MALLRATS, and CHASING AMY, Kevin Smith delivers the feel-good family movie JERSEY GIRL. While Smith's pert one-liners and wryly ironic sense of humor are clearly present in the script, his casting choices (Jennifer Lopez and Ben Affleck) and glossy aesthetic identify the film as a mainstream Hollywood crowd-pleaser. Affleck stars as Ollie, a powerful entertainment executive with a perfect wife (Lopez) and a beautiful Manhattan apartment. But when his wife dies in childbirth and his career fizzles to a halt, he humbly gives up his fast-paced Manhattan lifestyle for the benefit of his daughter Gurtie (Raquel Castro), who is 7 years old for the majority of the film. He moves to New Jersey to live with his father (George Carlin), finds a new romantic interest (Liv Tyler), and learns some lessons about what's important in life. A subplot about Will Smith keeps a string of Hollywood insider jokes and quick cameos (Matt Damon) running throughout the film, while a school play modeled after "Sweeney Todd" lends itself to some funny theatrical moments. An emotive pop soundtrack features music by Aimee Mann in addition to a handful of well-timed entries that help move the plot along ("Swing Low, Sweet Chariot" plays as Ollie sheepishly drives his U-Haul across the river from Manhattan to Jersey), rounding out JERSEY GIRL as a likeable comedy. Parents beware, Smith may have curbed his edginess for this one, but foul language abounds.