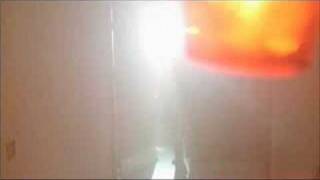 This anthology series pairs some of science fiction's greatest authors with the genre's most creative screenwriters and directors. Exploring the possibilities of space, time, and perception, these six hour-long episodes feature big stars--including Malcolm McDowell, Anne Heche, John Hurt, and Brian Dennehy--lending their talents to the work of such classic writers as Robert A. Heinlein, Howard Fast, and Harlan Ellison. Meanwhile, screenwriters Josh Olson (A HISTORY OF VIOLENCE), Walter Mosley (DEVIL IN A BLUE DRESS), and Michael Tolkin (THE PLAYER) pair with accomplished directors to shape their work into mind-bending parables that expand our notion of reality. Narrated by physicist Stephen Hawking, this collection from the show's first season includes the episodes "The Discarded," "Jerry Was a Man," "A Clean Escape," "The Awakening," "Little Brother," and "Watchbird" (the last two never broadcast during the show's initial run).

From the very beginning, we have struggled to understand time, matter and the infinite universe; who we are, where we are headed, and if we are alone. Great minds - and some of the genre's most legendary writers and directors - have now imagined the most wonderful and terrifying answers to these questions. Join host Professor Stephen Hawking for these six expeditions into the outer realms of scientific imagination, starring such award-winning actors as Sam Waterston, Judy Davis, Anne Heche, Malcolm McDowell, Clifton Collins Jr., Terry O'Quinn, Elisabeth Röhm, John Hurt, Sean Astin, James Denton, Brian Dennehy, James Cromwell and more.This collection features all six episodes of the acclaimed series, including the two ‘lost' episodes - Little Brother and Watchbird - never broadcast during its original network run.