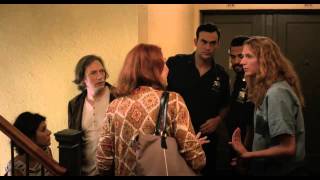 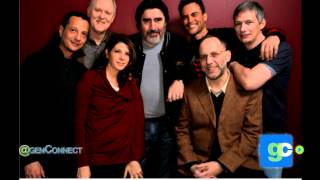 A committed gay couple find their fledgling marriage challenged by a series of unexpected developments in this compassionate drama from writer/director Ira Sachs (MARRIED LIFE, KEEP THE LIGHTS ON). Ben (John Lithgow) and George (Alfred Molina) have been together for nearly 40 years. When gay marriage becomes legal in New York, the happy couple decide that it's finally time to tie the knot, and declare their love for one another in front of family and friends. Although the ceremony is everything Ben and George ever could have hoped for, the happy couple's newlywed bliss is sadly short-lived when the diocese receives word of the wedding, and George is fired from his job as a music teacher at a local Catholic school. As a result, the pair are no longer able to afford the rent on the New York City apartment they've shared for two decades. In order to remain in the city while searching for a job, George moves in with his sympathetic neighbors, a pair of gay policemen (Manny Perez and Cheyenne Jackson). Meanwhile, Ben attempts to make the best of the situation by moving in with his nephew's family in Brooklyn. Now, as the big event that should have brought Ben and George closer together leads only to loneliness and frustration, everyone involved finds their once-comfortable lives in a hopeless state of flux. Marisa Tomei, Darren E. Burrows, and Charlie Tahan co-star.