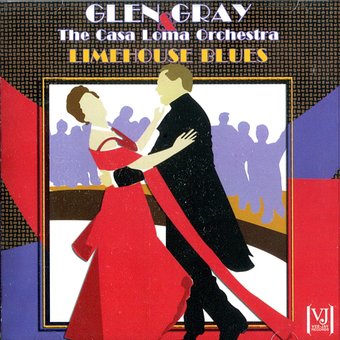 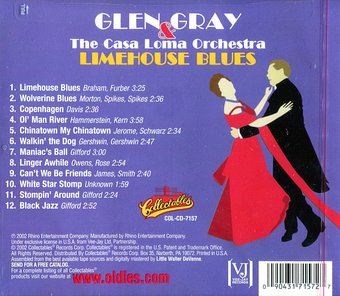 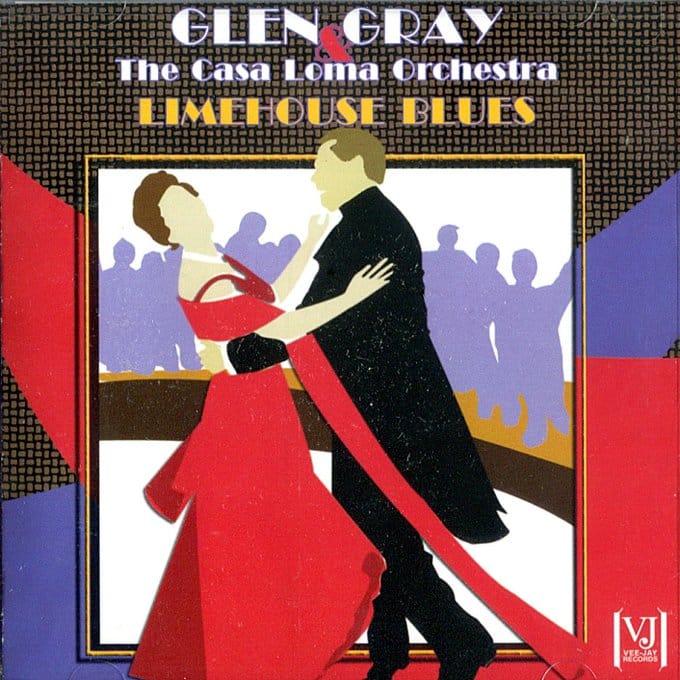 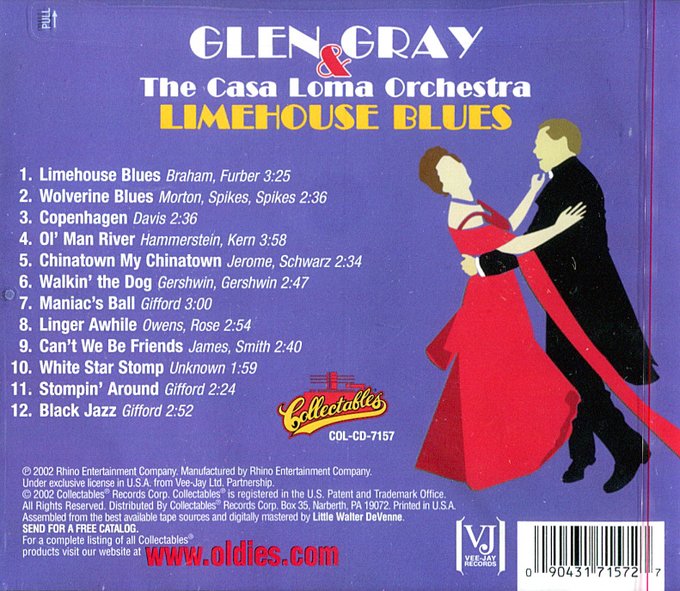 Originally released under the title "Glen Gray 1907-1963" in 1975, this compilation of twelve Glen Gray recordings was part of Vee-Jay's Epitaph Historical Jazz Series.

& The Casa Loma Orchestra.
Liner Note Author: Al Fichera.
In the mid-'30s, Glen Gray & the Casa Loma Orchestra were a popular, polite society band. They didn't fit in with the burgeoning harder swing bands of the time. This set, however, reveals the band taking a shot at some straight-ahead jazz material with surprisingly entertaining results, especially on "Chinatown My Chinatown," "Limehouse Blues," and Jelly Roll Morton's "Wolverine Blues." Even though this 2003 Collectables reissue is a bit skimpy at only 12 tracks, the quality of the performances makes it recommended to fans of both sweet bands and early swing. ~ Al Campbell