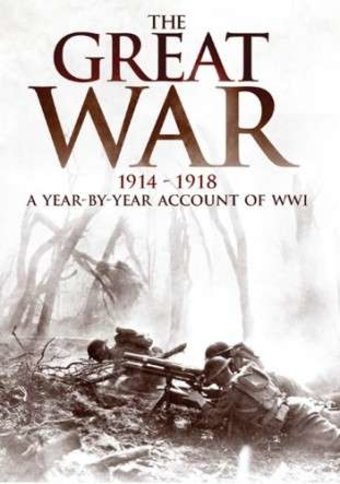 100th Anniversary Commemorative Series! Prepare to embark on a historic journey starting in 1914 Germany through the end of the global conflict in 1918. Compelling and unique, this definitive 5-part series profiles the cause, the players, the trenches and the outcome of the war, year-by-year. Extensive and riveting, The Great War is the most complete and factual series about World War I. Go 'Over The Top' with The Doughboys!

The Great War 1914 - The Origin of The War
Discover the history behind and the reasons why the assassination of one man sparked a global war, unlike any other fought before.

The Great War 1915 - Globalization of The Conflict
Witness the first full year of the war as it proves to be a positive one for Germany and its allies, as they submerge Europe into a "war zone".

The Great War 1916 - The Great Offensives
During the third year of the war both sides seemed to be doomed to fail, facing titanic struggles and correspondingly heavy losses.

The Great War 1917 - Changes in The Fronts
This was the year the U.S.A. declares war on Germany, sending thousands of young American men to the trenches of France.

The Great War 1918 - The Ending Year/The New World Disorder
The last year of the war saw the rise and fall of the German military's attempt to seize the Western Front. No longer able to fight, an armistice went into effect ending the war.