An all star collection of rare silent comedies. 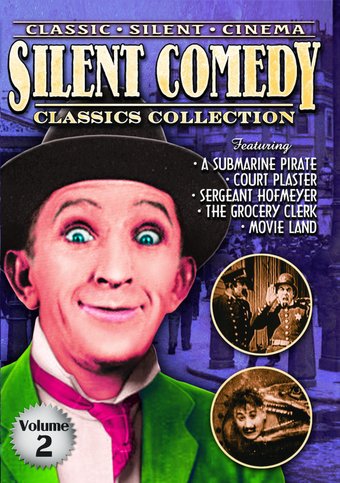 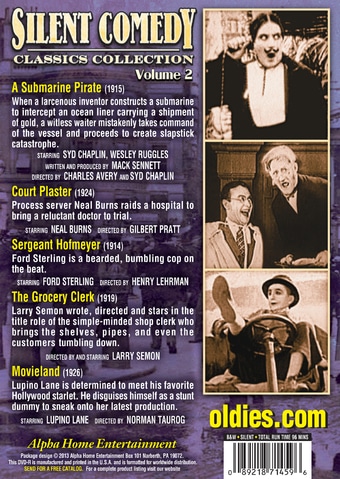 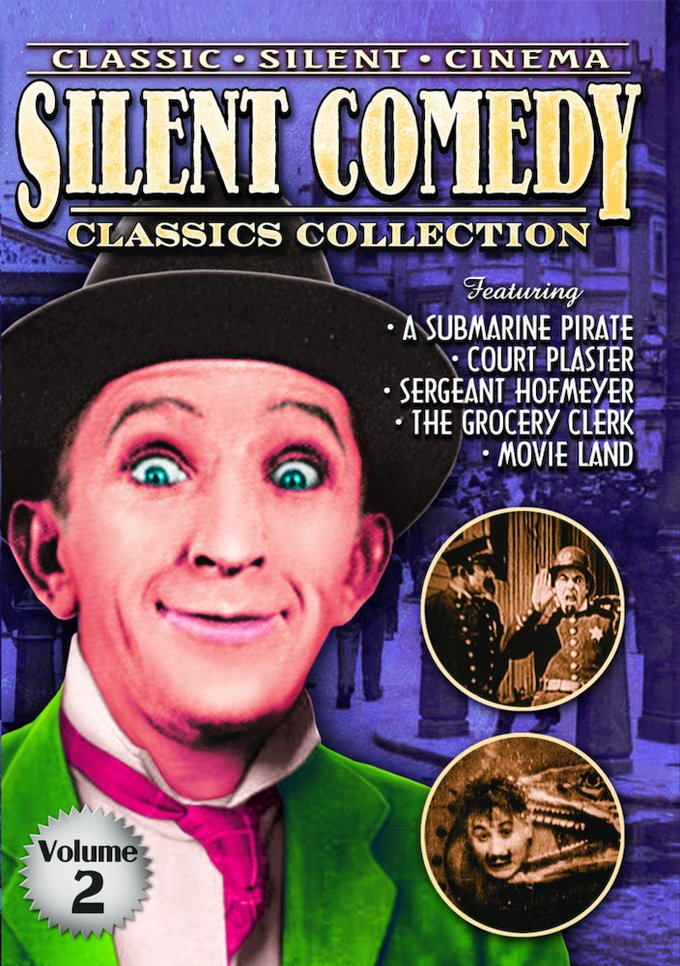 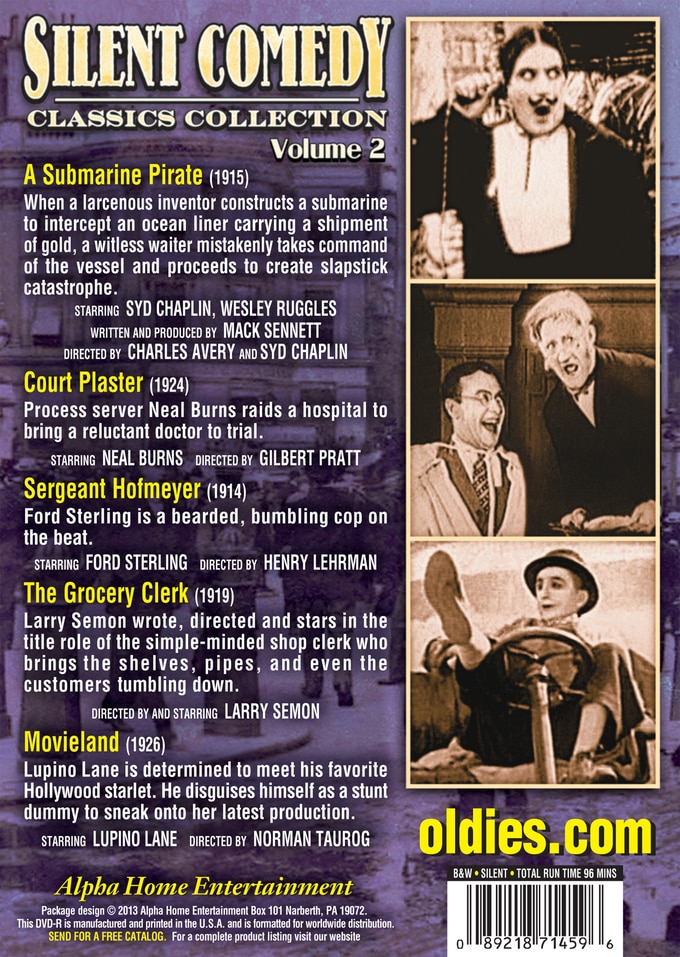 A SUBMARINE PIRATE (1915): When a larcenous inventor constructs a submarine to intercept an ocean liner carrying a shipment of gold, a witless waiter mistakenly takes command of the vessel and proceeds to create slapstick catastrophe. Starring Syd Chaplin, Wesley Ruggles; written and produced by Mack Sennett; directed by Charles Avery and Syd Chaplin

SERGEANT HOFMEYER (1914): Ford Sterling is a bearded, bumbling cop on the beat. Directed by Henry Lehrman.

THE GROCERY CLERK (1919): Larry Semon wrote, directed and stars in the title role of the simple-minded shop clerk who brings the shelves, pipes, and even the customers tumbling down.

MOVIE LAND (1926): Lupino Lane is determined to meet his favorite Hollywood starlet. He disguises himself as a stunt dummy to sneak onto her latest production. Directed by Norman Taurog.