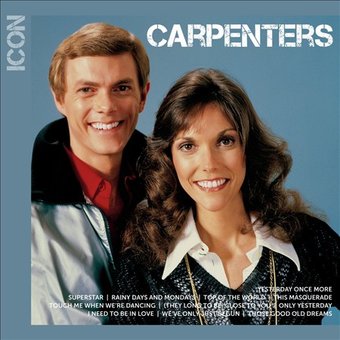 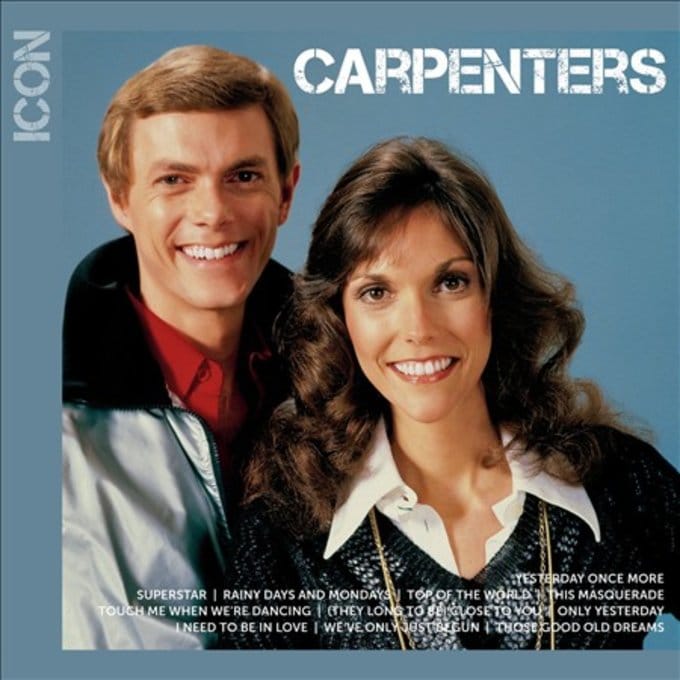 Get email alerts for Carpenters
Special Order Item: Usually ships in 7-14 days
16 copies available
Add to Cart
Add to Wishlist
Format:  CD
item number:  3FCGK
For this item we cannot guarantee delivery in time for Christmas
However lots of other items are still available and ready to ship in time for Christmas
Related products:
Carpenters: Collected for $26.20
Neil Diamond: Icon for $5.98
Bob Seger: Icon for $12.50
91% recommend us!

Personnel: Karen Carpenter (vocals, background vocals); Richard Carpenter (background vocals).
Arranger: Richard Carpenter .
Part of Universal's streamlined Icon series, this slim greatest-hits collection from the Carpenters is a solid introduction to the world's most famous brother/sister pop duo. From their 1970 breakthrough "We've Only Just Begun" to their final charting single "Touch Me When We're Dancing," Icon touches on Karen and Richard Carpenter's major highlights with a no-frills package and a modest price, making it a worthy collection for the casual or first-time fan. Those looking to dig a little deeper should skip it in favor of one of the numerous lengthier collections or dive right in to the group's ten studio albums for the whole story. ~ Timothy Monger