An "adults only" titillating and campy festival of flesh, circa 1960. Black and white bonus shorts included are "Fanny with The Cheeks of Tan" and "Sadie The Sunbather." 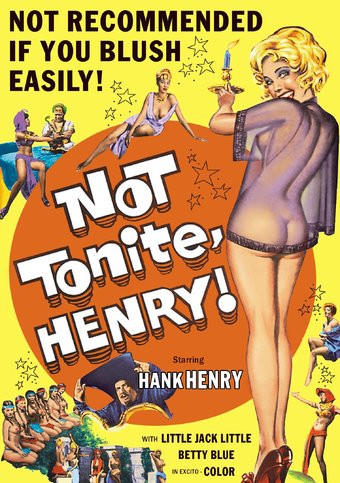 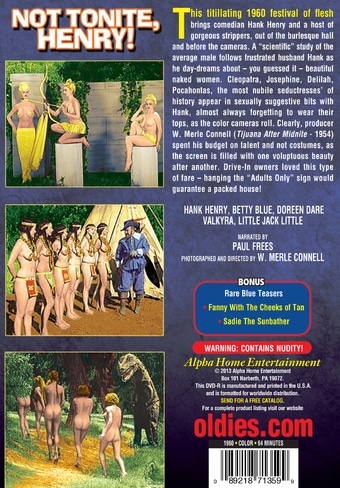 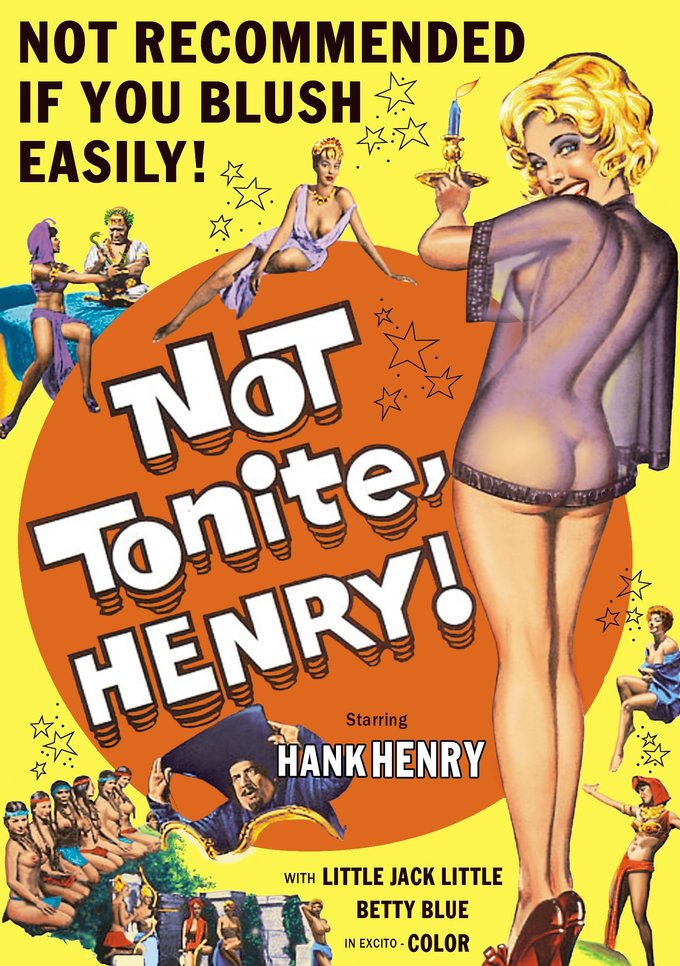 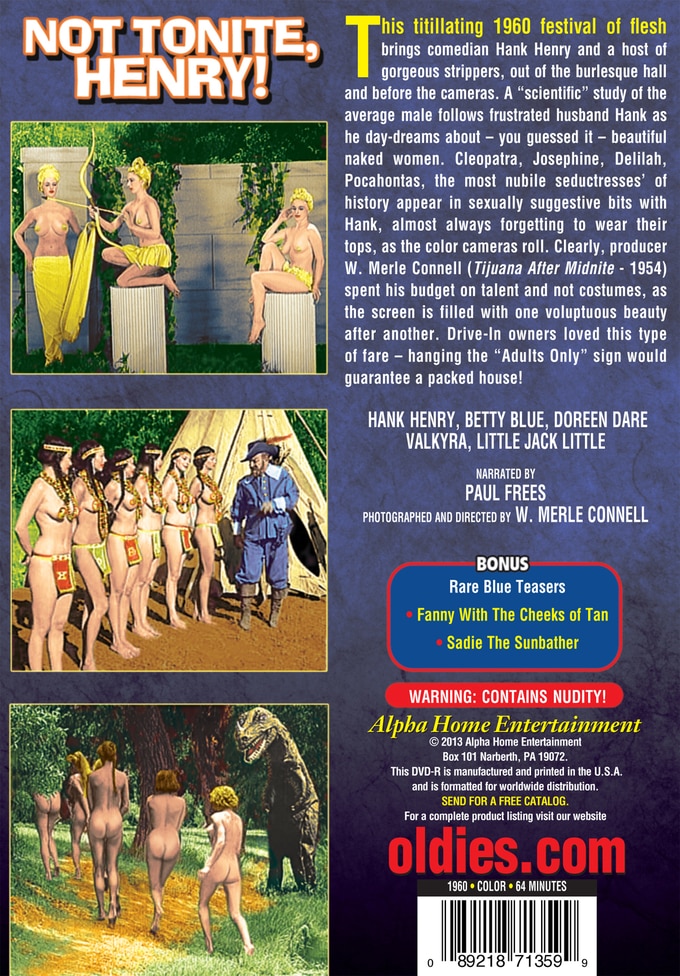 This titillating 1960 festival of flesh brings comedian Hank Henry and a host of gorgeous strippers, out of the burlesque hall and before the cameras. A "scientific" study of the average male follows frustrated husband Hank as he daydreams about - you guessed it - beautiful naked women. Cleopatra, Josephine, Delilah, Pocahontas, the most nubile seductresses' of history appear in sexually suggestive bits with Hank, almost always forgetting to wear their tops, as the color cameras roll. Clearly, producer W. Merle Connell (Tijuana After Midnite,1954) spent his budget on talent and not costumes, as the screen is filled with one voluptuous beauty after another. Drive-in owners loved this type of fare - hanging the "Adults Only" sign would guarantee a packed house! Contains nudity.

Bonus content includes rare blue teasers "Fanny With The Cheeks of Tan" and "Sadie the Sunbather."

Cult | 1960s
This product is made-on-demand by the manufacturer using DVD-R recordable media. Almost all DVD players can play DVD-Rs (except for some older models made before 2000) - please consult your owner's manual for formats compatible with your player. These DVD-Rs may not play on all computers or DVD player/recorders. To address this, the manufacturer recommends viewing this product on a DVD player that does not have recording capability.