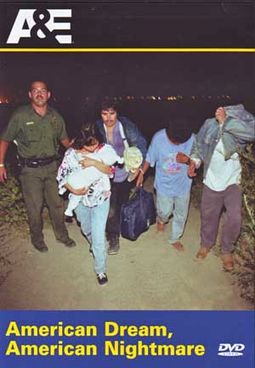 The Immigration and Naturalization Service is responsible for handling thousands of people seeking residency in the United States, but the government agency has an ugly reputation as a haven of cruelty and incompetence. AMERICAN DREAM, AMERICAN NIGHTMARE reveals the poor treatment many legal immigrants suffer at the hands of the INS, offering first-hand accounts from the victims themselves.

Looks at how the Immigration and Naturalization Service has destroyed lives and ruined families. We'll present dramatic examples of immigrants, including legal permanent residents, who have suffered mistreatment and bureaucratic ineptitude at the hands of the INS. And, we'll spotlight how the INS has indefinitely imprisoned detainees, jailed others for petty crimes, and subjected immigrants to worse treatment than they suffered in their native lands.

60%off
Busytown Mysteries: The Biggest Mysteries Ever TOP 25 Bestselling DVD
$3.98 on Sale
Add to Cart