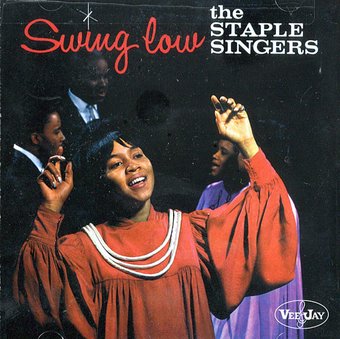 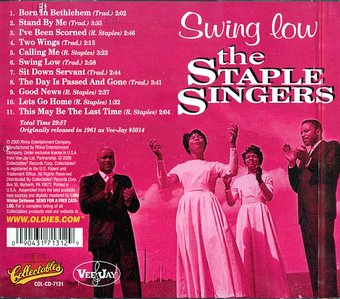 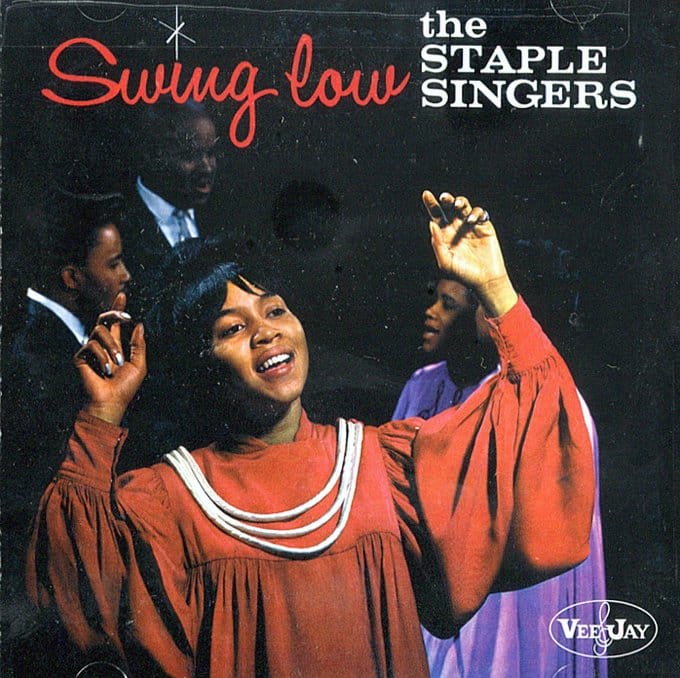 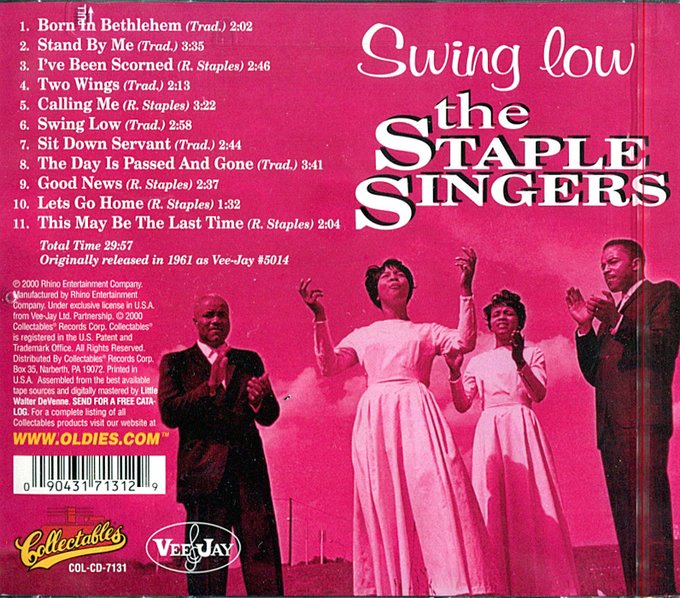 Get email alerts for The Staple Singers
Currently Out of Stock: We'll get more as soon as possible
Notify Me When Available
Add to Wishlist
Format:  CD
item number:  ZVC 17131
91% recommend us!

Long before (and after) they became a major presence on the Pop and Soul charts, The Staple Singers were a major presence in the Gospel music world. This landmark recording in American roots music was originally recorded for Vee-Jay Records in 1961; highlight of this religious set include traditional numbers such as "Swing Low" and "Born in Bethlehem", plus "I've Been Scored" and "Good News".

Originally released on Vee-Jay (5014).
Not to be confused with their later Vee-Jay album SWING LOW SWEET CHARIOT, 1961's SWING LOW is a vintage early Staple Singers set. It hails from the days when Roebuck "Pops" Staples and his daughters were rising stars in the world of black gospel and not the R&B-pop hit-makers they would become in the '70s. The album is a roughly equal mix of soulful, sanctified originals and traditional gospel classics like "Born In Bethlehem" and, naturally, "Swing Low Sweet Chariot." SWING LOW is also an important album for rock fans of a historical bent, since the last track, Pops's "This May Be The Last Time," is the song that directly inspired the Rolling Stones' single "The Last Time" a couple of years later. The album's startlingly direct sound, featuring little other than Pops' cutting, echo-drenched guitar and the sisters' pure, thrilling voices, makes it a classic of the Staple Singers' early sound.