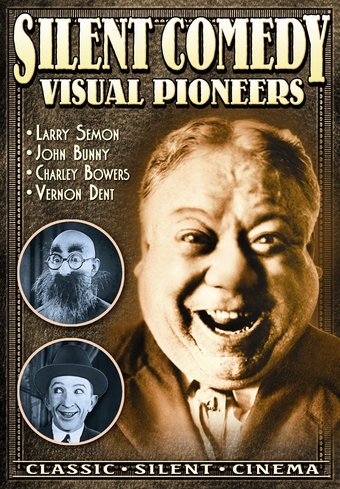 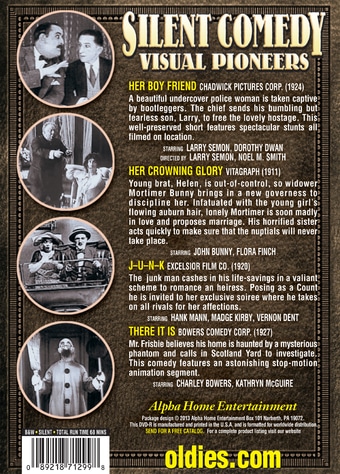 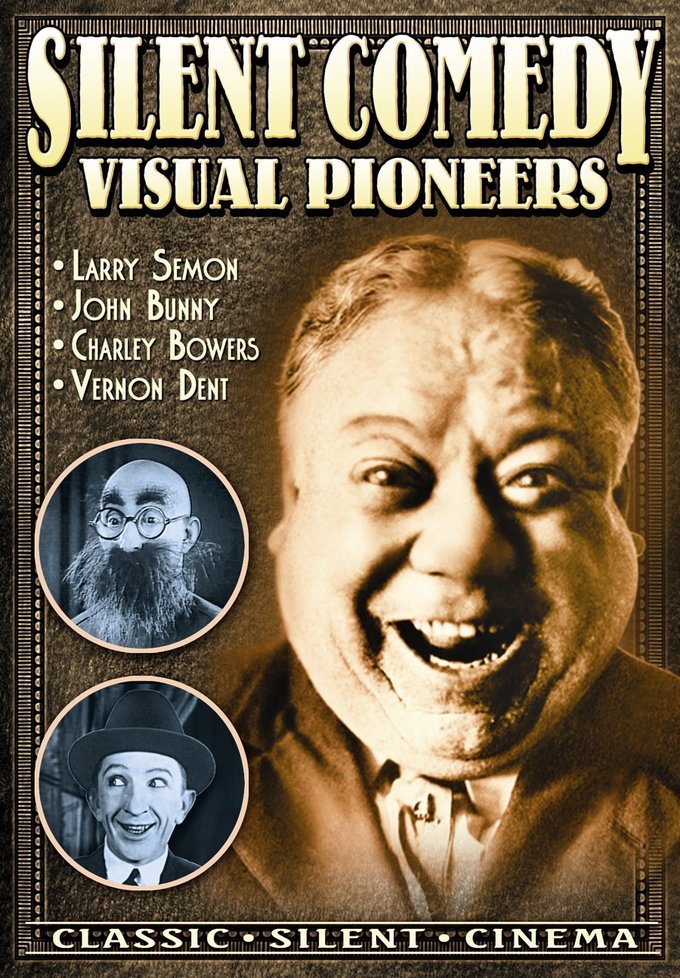 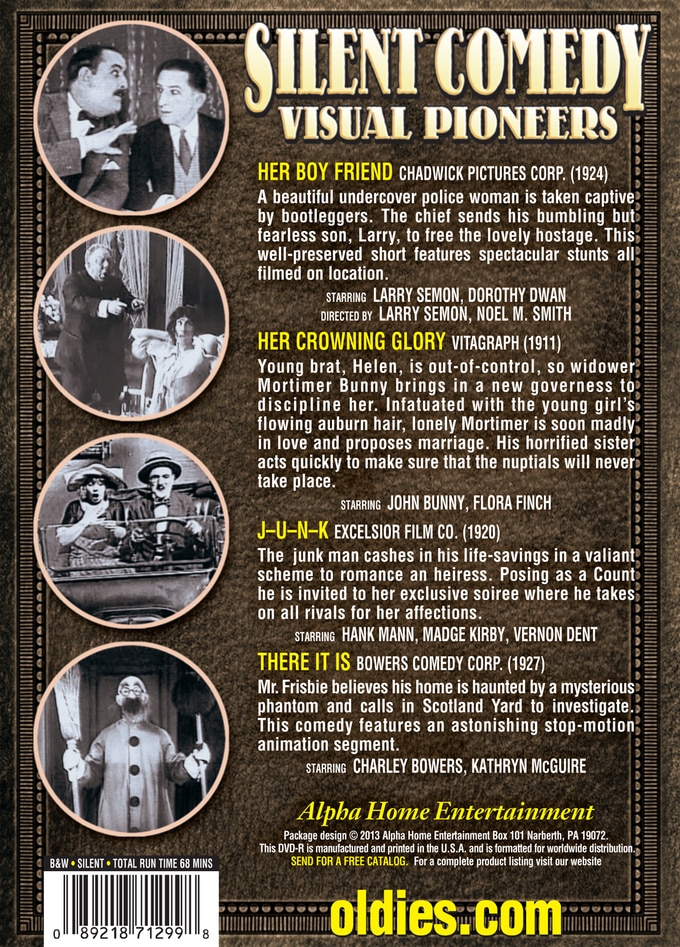 HER CROWNING GLORY - Vitagraph (1911): Young brat, Helen, is out-of-control, so widower Mortimer Bunny brings in a new governess to discipline her. Infatuated with the young girl's flowing auburn hair, lonely Mortimer is soon madly in love and proposes marriage. His horrified sister acts quickly to make sure that the nuptials will never take place. Starring John Bunny, Flora Finch.

J-U-N-K - Excelsior Film Co. (1920): The junk man cashes in his life-savings in a valiant scheme to romance an heiress. Posing as a Count he is invited to her exclusive soiree where he takes on all rivals for her affections. Starring Hank Mann, Madge Kirby, Vernon Dent.

THERE IT IS - Bowers Comedy Corp. (1927): Mr. Frisbie believes his home is haunted by a mysterious phantom and calls in Scotland Yard to investigate. This comedy features an astonishing stop-motion animation segment. Starring Charley Bowers, Kathryn McGuire.