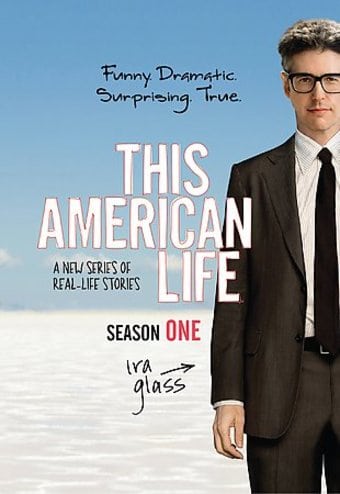 Public radio's award-winning THIS AMERICAN LIFE makes a successful translation to television with this penetrating Showtime series. As with the radio program, Ira Glass hosts these themed episodes about the bizarre, inspiring, heartbreaking, and often hilarious lives of average Americans. The emphasis continues to be on the voices of people telling their stories in their own words; but the added visual element adds an important dimension to these tales that make the show much more than merely a retread of the radio version. This collection presents all six episodes of the first season of the show.

The widely popular, award-winning Chicago Public Radio show of the same name is now a Showtime show. Drawing on a different theme each week, viewers hear compelling stories from everyday folks culled from six months on the road. Host Ira Glass and company create a captivating look at the American Life in a series that's not quite documentary, not much of a news magazine and definitely not a reality show - it's simply unlike anything else.
Source - Paramount Home Entertainment

80%off
Group Harmony: Echoes of the Rhythm & Blues Era (Paperback Book)
$4.88 on Sale
Add to Cart