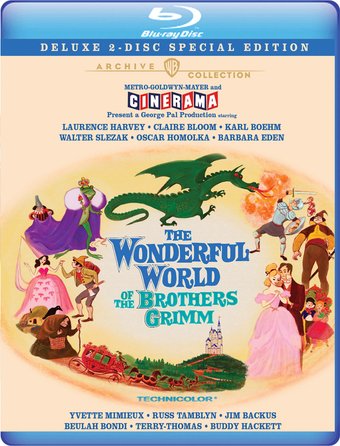 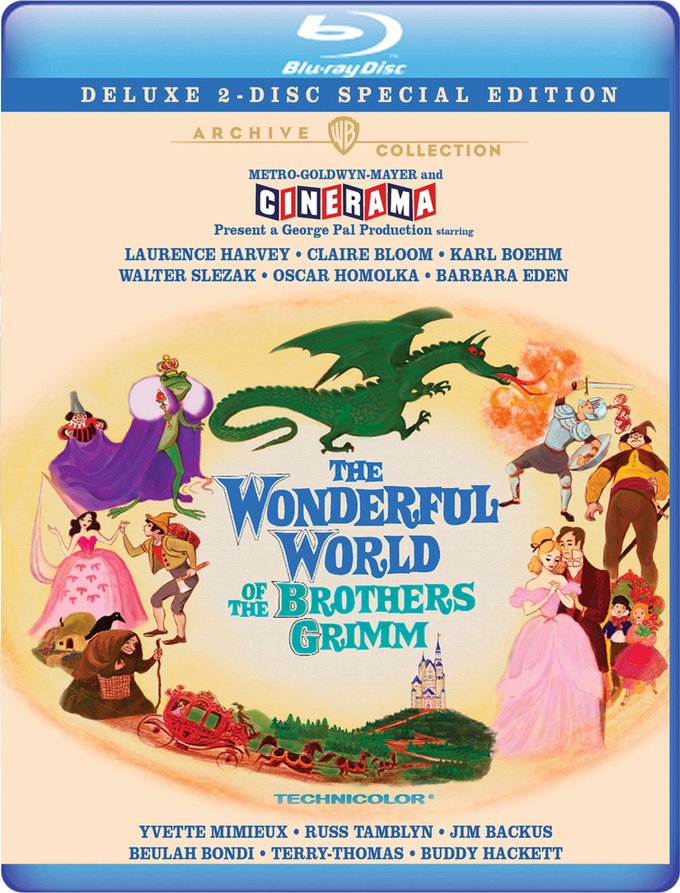 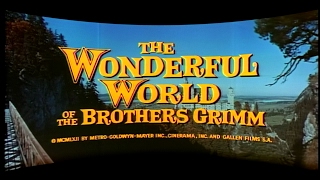 The Wonderful World of the Brothers Grimm (1962) Cinerama trailer

Fantasy/drama combines a look at how the brothers came to write their tales with stagings of the tales themselves. Academy Award Nominations: 4. Academy Awards: Best (Color) Costume Design.

Biography and fairy-tale mix in this magical and charming children's film that both relates the lives of folklorists Jacob and Wilhelm Grimm, and dramatizes several of their best loved stories.
Included are complete retellings of "The Dancing Princess", "The Cobbler and the Elves" and "The Singing Bone."