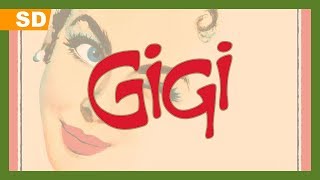 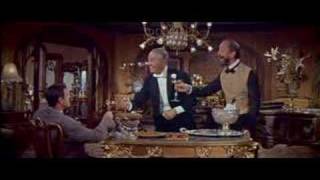 Set in Paris at the turn of the century, this delightful Lerner and Loewe musical, based on a story by Collette, follows a precocious French girl as she is groomed into a would-be courtesan, blossoming into a stunning woman. The story provides plenty of opportunity for Minnelli and MGM to pull out all the stops in its first musical production shot on location. Paris and Leslie Caron never looked lovelier, and Louis Jourdan and Maurice Chevalier are so French, no' Songs include: "Gigi," "Thank Heaven for Little Girls," and "Ah, Yes, I Remember It Well." Academy Award Nominations: 9. Academy Awards: 9, including Best Picture, Best Director, Best (Adapted) Screenplay.

A home, a motorcar, servants, the latest fashions: the most eligible and most finicky bachelor (Louis Jourdan) in Paris offers them all to Gigi (Leslie Caron). But she, who's gone from girlish gawkishness to cultured glamour before our eyes, yearns for that wonderful something money can't buy. Producer Arthur Freed, director Vincente Minnelli and a cast rife with Gallic charm combine talents for this lavish winner of nine Academy Awards including Best Picture. Its Alan Jay Lerner/Frederick Loewe songs can sparkle like "The Night They Invented Champagne" or caress with title-tune tenderness. "I Remember It Well," Maurice Chevalier sings to Hermione Gingold. You'll remember Gigi forever.

A Man for All Seasons
$12.60 Super Savings
Add to Cart

An American in Paris: The Musical (Blu-ray)
$20.20 Super Savings
Add to Cart