One man's quest to resurrect the King of Horror. 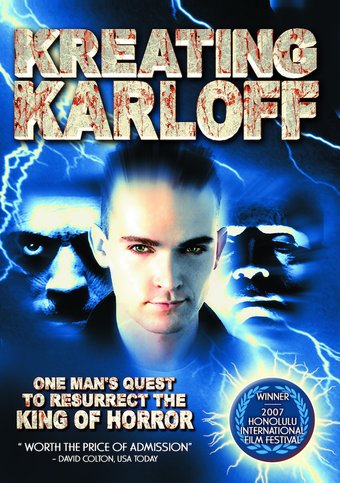 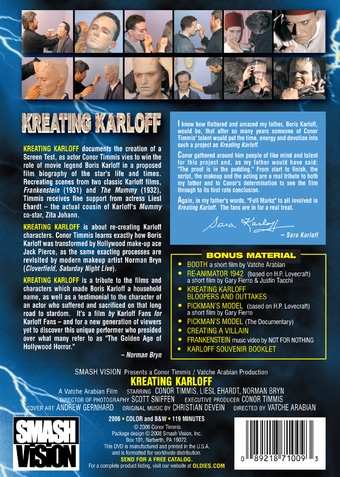 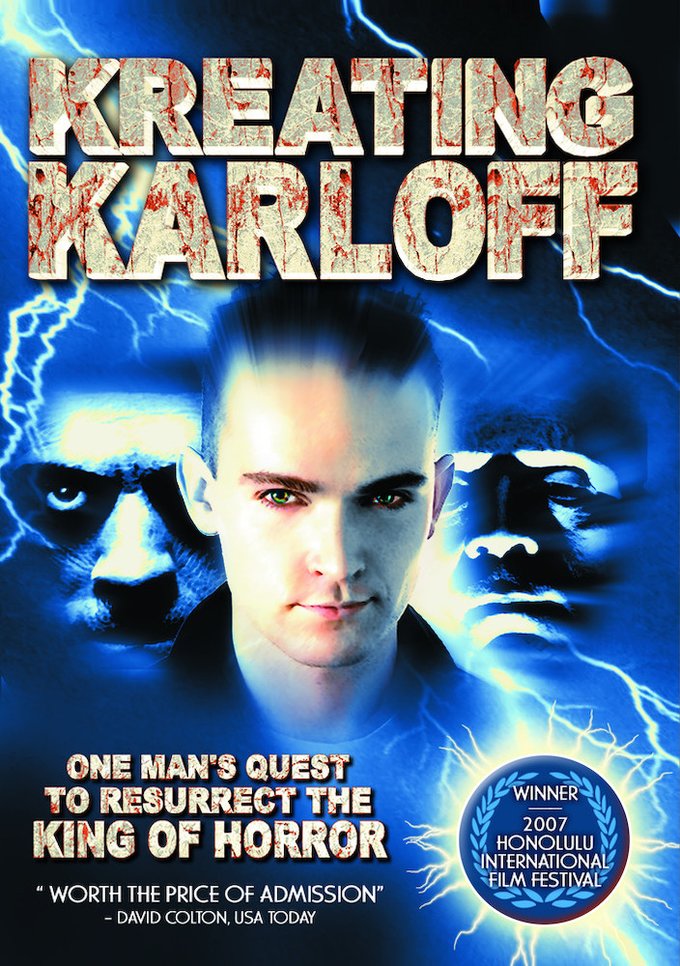 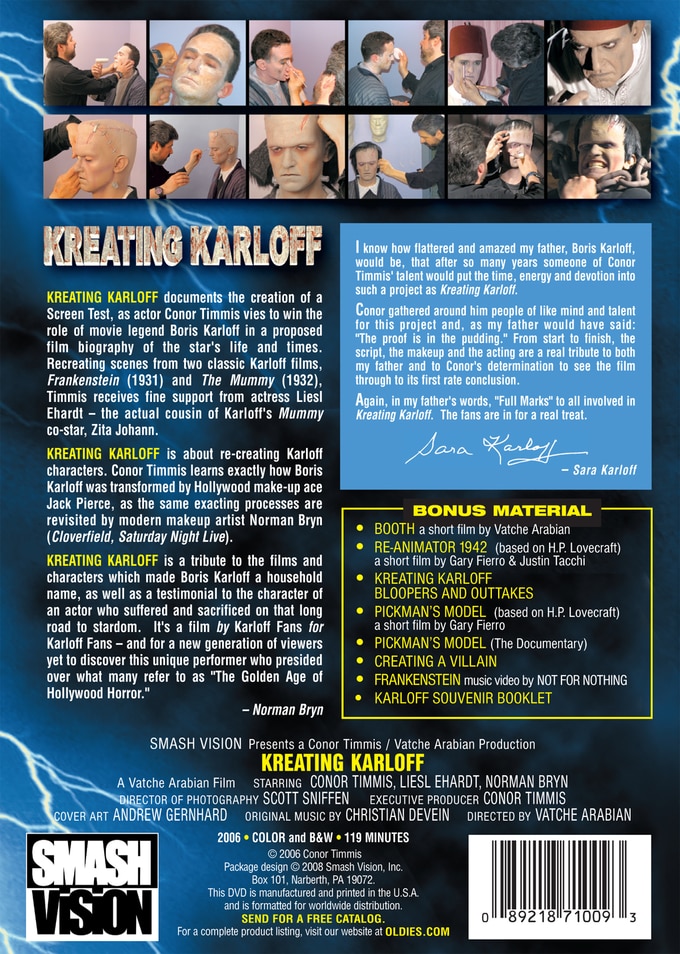 Kreating Karloff is about re-creating Karloff characters. Conor Timmis learns exactly how Boris Karloff was transformed by Hollywood make-up ace Jack Pierce, as the same exacting processes are revisited by modern makeup artist Norman Bryn (Cloverfield, Saturday Night Live). Kreating Karloff is a tribute to the films and characters which made Boris Karloff a household name, as well as a testimonial to the character of an actor who suffered and sacrificed on that long road to stardom. It's a film by Karloff Fans for Karloff Fans - and for a new generation of viewers yet to discover this unique performer who presided over what many refer to as "The Golden Age of Hollywood Horror." - Norman Bryn

I know how flattered and amazed my father, Boris Karloff, would be, that after so many years someone of Conor Timmis' talent would put the time, energy and devotion into such a project as Kreating Karloff.

Conor gathered around him people of like mind and talent for this project and, as my father would have said: "The proof is in the pudding." From start to finish, the script, the makeup and the acting are a real tribute to both my father and to Conor's determination to see the film through to its first rate conclusion.

Again, in my father's words, "Full Marks" to all involved in Kreating Karloff. The fans are in for a real treat. - Sara Karloff

60%off
Busytown Mysteries: The Biggest Mysteries Ever TOP 25 Bestselling DVD
$3.98 on Sale
Add to Cart