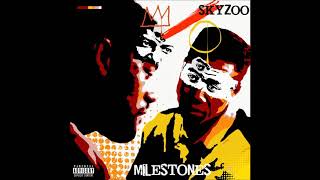 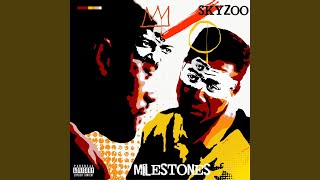 Skyzoo's second release of 2020 was digitally issued on Father's Day, and its seven songs all celebrate fatherhood, attempting to provide a positive alternative to how fathers are often portrayed in hip-hop. The Brooklyn native remarks that he was fortunate to have his own dad present and supportive while he was growing up, and now that he has a son of his own, he's taking heed of his father's lessons. Opening track "Memory Serves Me" is about how he's prepared for what's to come, as rough as city life can be, because he observed how his father dealt with it, so he knows what to expect. He praises his father's fearlessness, and discusses how he was taught to protect himself (with "Duffle Bag Weekends" detailing shooting practice), as well as being educated on the ins and outs of hustling. The EP is titled Milestones, both because his son is named Miles and because becoming a parent is such a major turning point in one's life, but it's also fitting on a musical level, as Skyzoo's work has become increasingly jazz-influenced since the mid-2010s. He performed with a six-piece jazz band at the Blue Note club in New York for a 2015 album release party, and his first 2020 EP, The Bluest Note, was recorded with Italian nu-jazz group Dumbo Station. The tracks' booming beats are drizzled with muted trumpets, providing a soothing counterpart to the intensity of the lyrics. "A Song for Fathers" is built around a slowed-down sample of Horace Silver's hard bop standard "Song for My Father," as Skyzoo praises all the fathers who never desert their children, even if the parents end up separating. Final track "Duly Noted" is more of a monologue than a rap, with Skyzoo reflecting on the significance of everything he's learned and experienced up to this point in his life, and how he can pass his knowledge on to the next generation. Continuing Skyzoo's run of highly autobiographical releases, Milestones is another sharply focused effort demonstrating his strength, determination, and dedication to his family. ~ Paul Simpson