Boz Scaggs Out Of The Blues 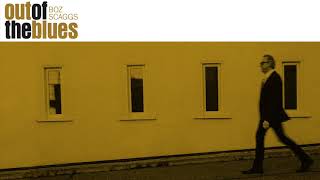 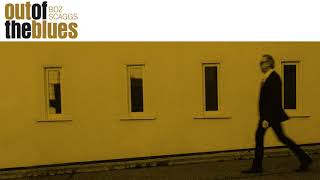 Personnel: Doyle Bramhall II (guitar); Ray Parker, Jr. (acoustic guitar, electric guitar); Tom Politzer, Eric Crystal (tenor saxophone); Stephen "Doc" Kupka (baritone saxophone); Jim Cox (keyboards); Jim Keltner (drums).
Recording information: Fantasy Studios, Berkeley, CA; Opus Studio, Berkeley, CA; Sunset Sound Studios, Hollywood, CA.
Photographer: Chris Phelps.
Boz Scaggs considers Out of the Blues to be the final installment in a (primarily covers) trilogy that began with 2013's Memphis and continued with 2015's A Fool to Care, excellent outings that reflected Scaggs' desire to reach back into the cradle of inspiration. This set looks back to his 1965 debut album Boz (a solo acoustic covers set released only in Sweden by Polydor) and 1997's criminally overlooked Come on Home, a woolly, house-rocking collection of (mostly) vintage R&B and soul-blues covers, for its foundation. While these early recordings don't necessarily sound similar, they make use of the work of a particular set of performers and songwriters -- including Jimmy Reed and Don Robey (credited with many of Bobby "Blue" Bland's hits) -- who have always provided inspiration and grounding throughout his lifetime. Whereas Scaggs' two previous offerings were produced by Steve Jordan, Boz opted to co-produce Out of the Blues with Chris Tabarez and Michael Rodriguez, creating an impression of intimacy and loose immediacy that ranks with the swampier feel of Come on Home. His band here includes holdovers bassist Willie Weeks, Jim Cox, and rhythm guitarist Ray Parker, Jr. as well drummer Jim Keltner (the kitman on Come on Home), and guitarists Doyle Bramhall II and Charlie Sexton; there is also a selectively and impactfully used three-piece horn section.
The set includes two Robey tunes closely associated with Bland: the souled-out nighttime groover "I've Just Got to Forget You" (with its gorgeously charted horns) and the organ-drenched jazz-blues of "The Feeling Is Gone" (whose horn section sounds like the Jazz Crusaders). And while the vibe on those two numbers is more sultry that raucous, that bill gets filled with an uptempo fingerpoppin' version of Reed's "Down in Virginia," with Scaggs delivering a punchy I-IV-V progression to rival the master's, and Jimmy McCracklin's swinging jump blues "I've Just Got to Know," with a burning guitar break from Sexton. Interestingly, these tracks, fine as they are, are not the album's high points. Opener "Rock and Stick" is one of four tunes written or co-written by Jack "Applejack" Walroth, a compadre of Scaggs since the 1960s who has worked with everyone from Elvin Bishop to Mike Bloomfield, from Steve Miller to Cash McCall. Its shuffling, smoky, seductive futuristic West Coast blues is elevated by the composer's harmonica and Bramhall's evocative, slippery guitar solo. The punchy six-string riff on the composer's "Radiator 110" is played in tandem by Scaggs, Walroth, and Steve Freund with a lonesome highway harmonica break that rises like steam heat from the middle eight. Scaggs and Walroth co-wrote the thumping Chuck Berry-esque "Little Miss Night and Day," with lead breaks from both Sexton and Bramhall. The set's outlier is a moody, deep-blue read of Neil Young's "On the Beach," where Scaggs' trademark croon invests its minimal melody with a dark passion. Out of the Blues may be an excellent final chapter in this roots trilogy, but stands on its own as one of Scaggs' most sure-footed releases. ~ Thom Jurek