The time: the 22nd century. The place: the Confederacy, a matriarchy where men are enslaved and impotent. In this action-filled sequel to Genesis II, Gene Roddenberry (Star Trek) puts a reverse spin on women's lib. 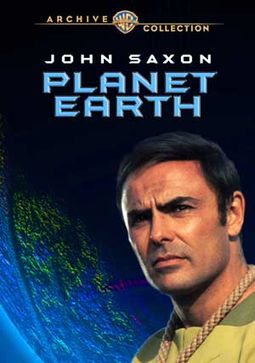 The time: the 22nd century. The place: the Confederacy, a matriarchy where men are enslaved and impotent. The hero: Dylan Hunt (John Saxon), a handsome, vigorous 20th-century scientist awakened from suspended animation - just the "breeder" a Confederacy dominatrix (Diana Muldaur) has been waiting for! In this sequel to Genesis II, Gene Roddenberry (Star Trek) puts a reverse spin on women's lib in an action-filled tale set in a gleaming world of futuristic cities, underground sub shuttles, palm-sized computers and skintight uniforms. Can Hunt defy the Confederacy and free his downtrodden fellow males, or is he doomed to slavery on Planet Earth?

The year is 2133. Since 1979 Dylan Hunt has been in suspended animation. He is revived to be sent on a mission to save a kidnapped scientist from a world of mutant marauders and a tribe of women.

Futuristic | Justice | Science-Fiction
This product is made-on-demand by the manufacturer using DVD-R recordable media. Almost all DVD players can play DVD-Rs (except for some older models made before 2000) - please consult your owner's manual for formats compatible with your player. These DVD-Rs may not play on all computers or DVD player/recorders. To address this, the manufacturer recommends viewing this product on a DVD player that does not have recording capability.