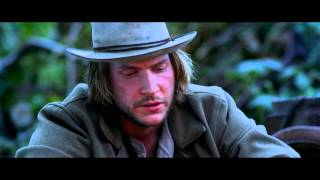 LONESOME DOVE is the acclaimed TV Western saga based on the Pulitzer Prize-winning novel by Larry McMurtry. As the story begins, two former Texas Rangers (Robert Duvall and Tommy Lee Jones) leave the Texas town of Lonesome Dove on a 3,000-mile cattle drive to the unsettled ranch country of Montana. This epic film features outstanding performances by an impressive cast that also consists of Anjelica Huston, Danny Glover, Frederic Forrest, Chris Cooper, and many more. This comprehensive release includes: "Part 1: Leaving," "Part 2: On the Trail," "Part 3: The Plains," and "Part 4: Return."

16%off
Lonesome Dove - Commanche Moon: The Second Chapter in the...
$8.40 Super Savings
Add to Cart