A spy is never out of the game. 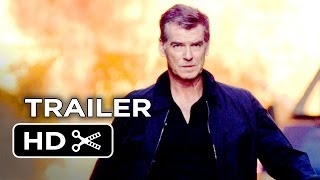 A legendary ex-CIA agent emerges from retirement to protect a witness, but his mission lands him in the sights of his former protégé in this cat-and-mouse spy thriller based on the novel THERE ARE NO SPIES by Bill Granger. Having serves the CIA loyally for years, Peter Devereaux (Pierce Brosnan) retreates to Switzerland to live out the rest of his days in peace. Peter finds himself drawn back into the fray, however, when he's tasked with watching after Alice Fournier (Olga Kurylenko) - a witness who some very powerful people would rather see silenced. Meanwhile, Peter meets his match in the form of David Mason (Luke Bracey), the very agent he once trained. Now, with the bullets flying from all sides, Peter must survive long enough to protect Alice, and root out the mole who has put his entire mission in jeopardy.