TV On The Radio Young Liars

Get email alerts for TV On The Radio
30 ratings
Available: Usually ships in 1-3 business days
Only 10 copies left
Add to Cart
Add to Wishlist
Format:  CD
sku:  3AWA3
Our customers love us! 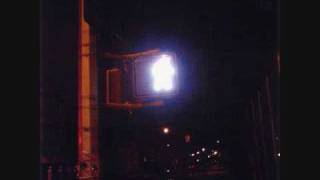 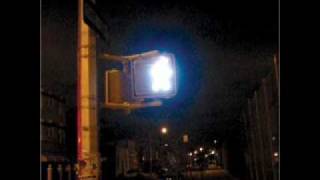 Contains an untitled hidden track following "Young Liars".
TV On The Radio: Tunde Adebimpe (vocals); David A. Sitek, Jason Sitek.
Personnel: Tunde Adebimpe, Katrina Ford (vocals); Aaron Hemphill, Nick Zinner (guitar); Brian Chase (drums).
Recording information: A Bedroom, Brooklyn, NY.
Despite their connections to the New York rock scene -- the band is based in Brooklyn's Williamsburg district and keyboardist/sound manipulator David Andrew Sitek has produced releases by the Liars and the Yeah Yeah Yeahs -- TV on the Radio's debut EP, Young Liars, is difficult to place, musically or geographically speaking. The angular, arty feel that informs the bands that Sitek has worked with is evident in TV on the Radio's music too, but in a cool, implosive way; combined with the keyboards and electronics that make up the backbone of their songs and Tunde Adebimpe's richly melancholy vocals, they don't sound like any other band out there. Elements of electronica, post-rock, film music, even spirituals and traditional African vocal music combine and recombine throughout Young Liars' five songs so organically that it's clear that TV on the Radio isn't striving to be "eclectic" or "atmospheric": the band is simply using their naturally diverse elements and influences to create something wholly distinctive. And Young Liars delivers just that, starting with the opening track, "Satellite," which begins with a martial, crunchy drumbeat and ominously droning synths before blossoming out into flutes and Adebimpe's close harmonies. Sitek and Adebimpe's collaboration is nothing less than inspired, with Sitek's skills as a sound sculptor providing the perfect foil for Adebimpe, who is something of a rarity in the world of indie music: a vocalist who can really sing. His falsetto on "Staring at the Sun" gives it an added depth, while his circular, layered vocals on the stunning "Blind" make the song's simple lyrics ("I seen a girl with a guy/Her hair like yours from what I remember/It's been so long since last December") truly moving. Likewise, "Young Liars" itself conveys a soulful paranoia that ties into the spiritual undercurrent of the entire EP and is expressed most literally by its hidden track, a radical cover of the Pixies' "Mr. Grieves." Part doo wop and part spiritual, it's almost completely unrecognizable to the original, but once again it proves that TV on the Radio doesn't travel obvious routes. More promising than most full-length debuts, Young Liars needs to be heard by anyone who values smart, challenging music. ~ Heather Phares

TV On The Radio
Return To Cookie Mountain
$9.90 CD Sale
Add to Cart